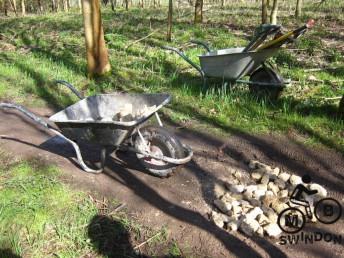 After a bit of warm rain on Saturday it was promising to have a dry and sunny morning. Arriving just after 10am I found Stewart Mackay, Paul Kidd, Finlay Kidd and Wayne Brown ready and raring to go. We got stuck straight into the first task for the day: fixing a load of potholes in an area we call “motorway1” and “motorway2”.

The potholes received gabion rocks and a topping of limestone before being compacted (once we had the whacker plate running). A fence was constructed to close off an annoying short cut on the bottom switchback. As the morning progressed we were joined by Matt Dobson, Pawel, Gary Yeates and Phil Mayger.

A club ladies ride was taking place at the trail so we spotted a few riders as they came past. 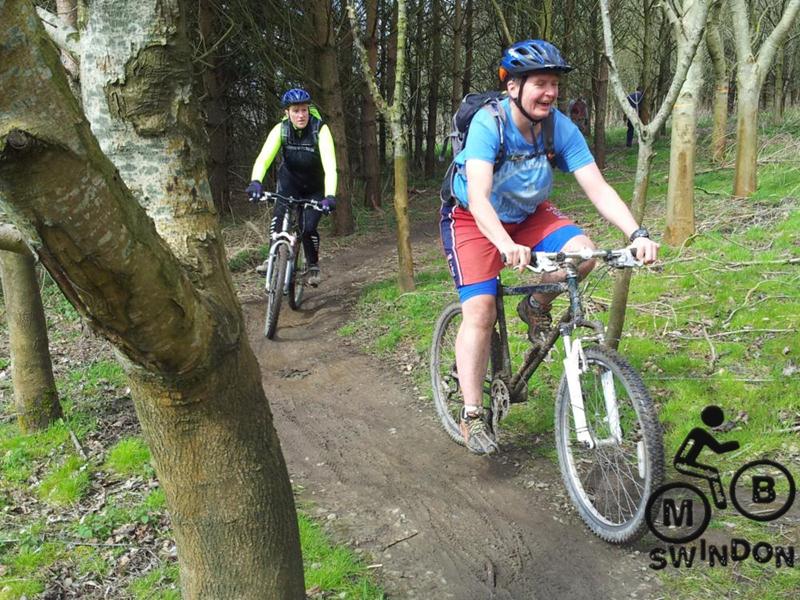 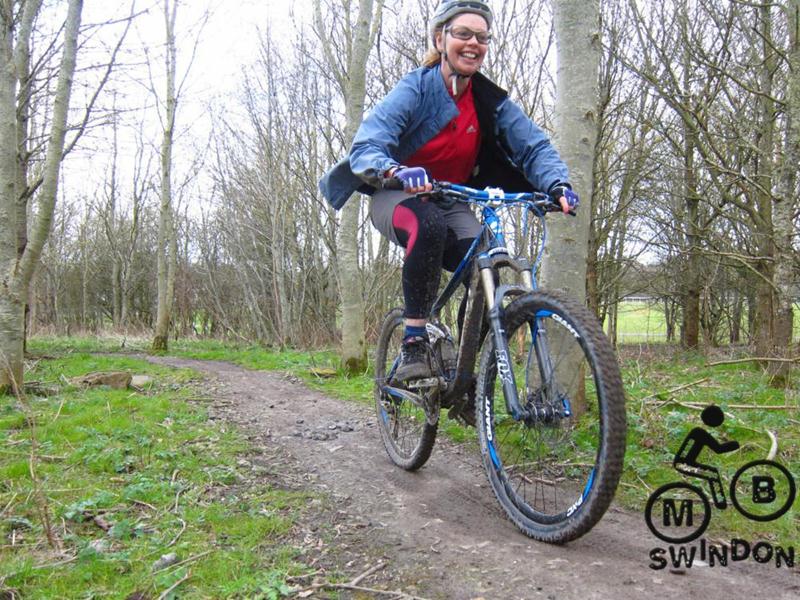 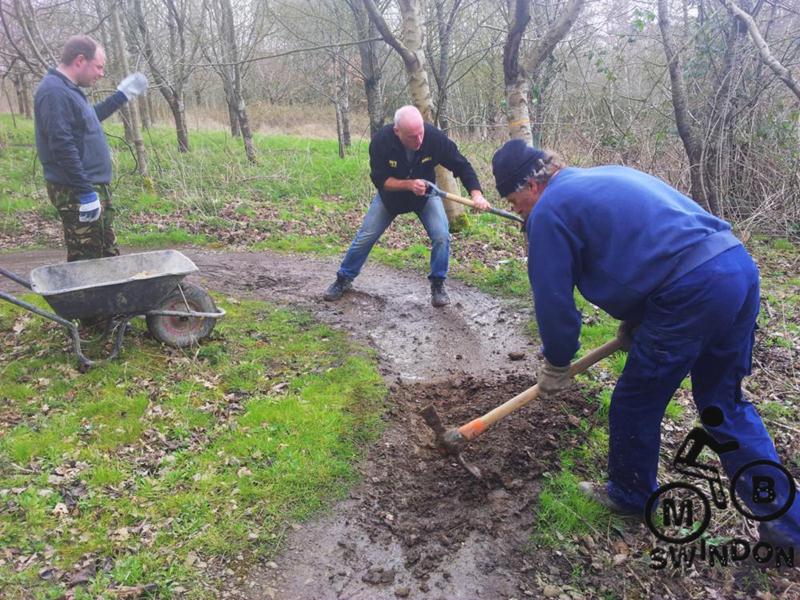 Two more short cut obstructing fences were built in the area at the end of the trail near the tennis court. 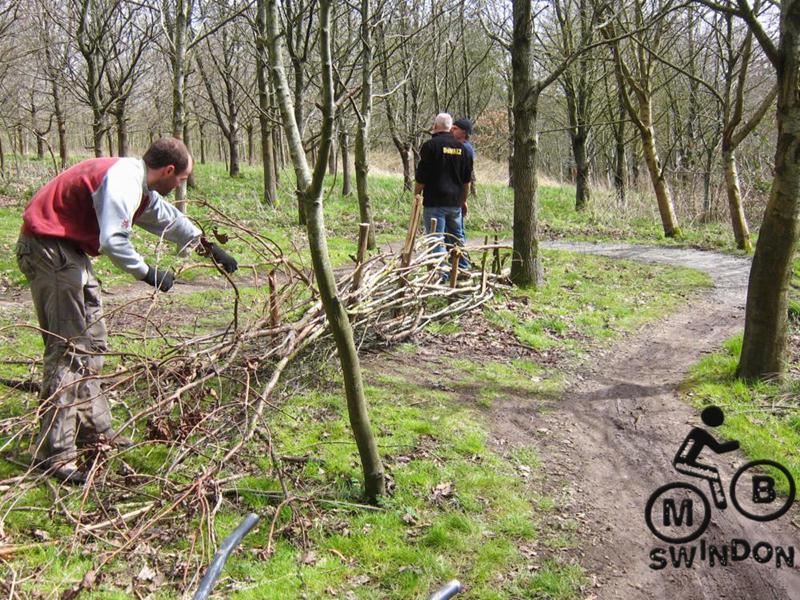 With all the material used up from the first pile we had to barrow more in from the triangle until everything was fixed to our satisfaction.

With that done we moved onto a second major job of the day: fixing potholes in the alley. This was first surfaced in Oct 2010, exit mods were made in Dec 2010 and more surfacing was done in  Jan 2011 plus the final link in Dec 2011. The first part was topped up in May 2012. Our first surprise visitors for the afternoon were Ben Rukin and Kate Bevan. They arrived in time for Sharon Bassingdale’s cakes. 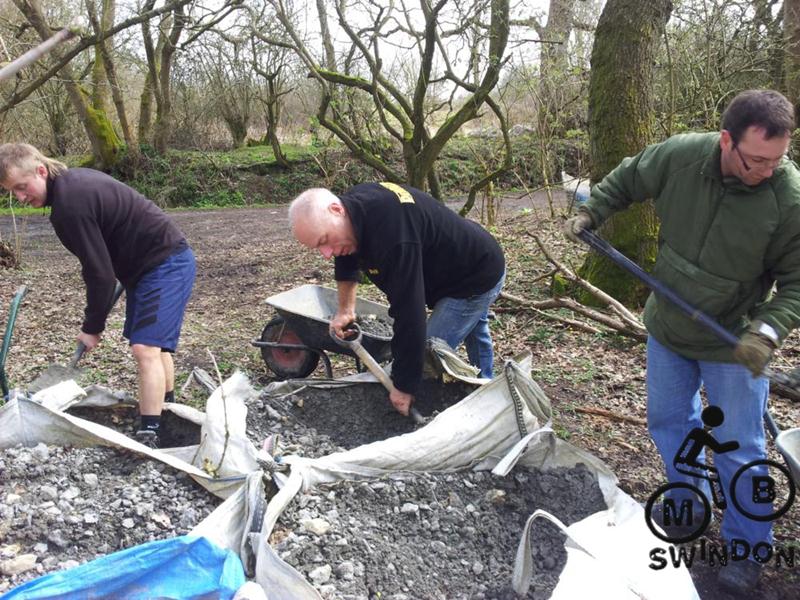 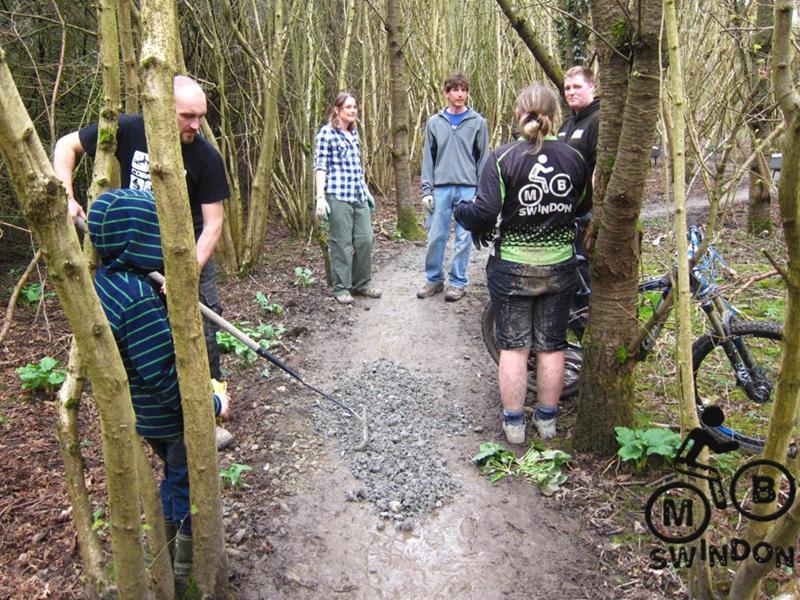 Our second surprise visitor of the day was Andy Matthews. Old time trail builder, not seen for a while.

The last of the material was used to fill potholes in the triangle: a small hole after the rock feature, some bigger ones after that and the whole of the back straight. We were running very low on material by this stage and some areas only received puddle drainage. This area will be reinforced during 2013 once we’ve had some material delivered to the area. 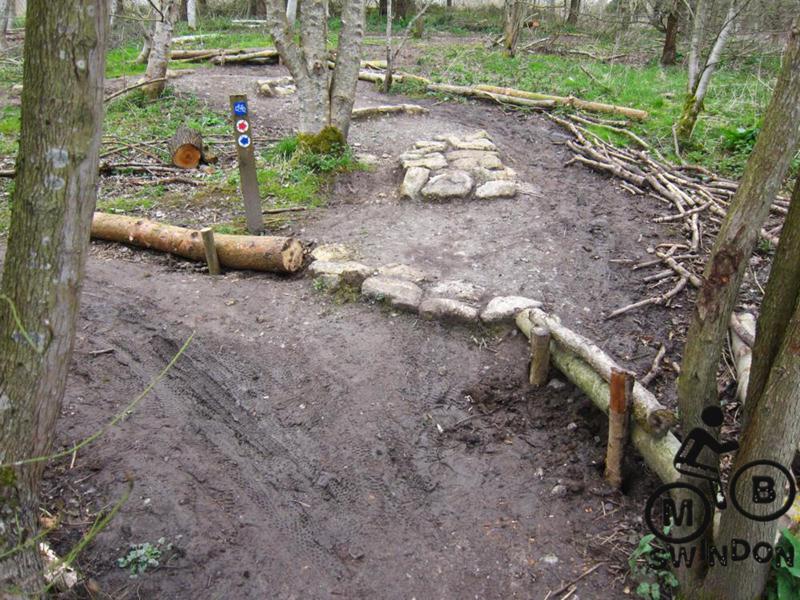 The final job of the day was blocking various short cuts on Pete’s steps on Piper’s hill.

Thanks to everyone who came along and, once again, made a massive difference to the trail.

Trail build progress is shown in the map below. 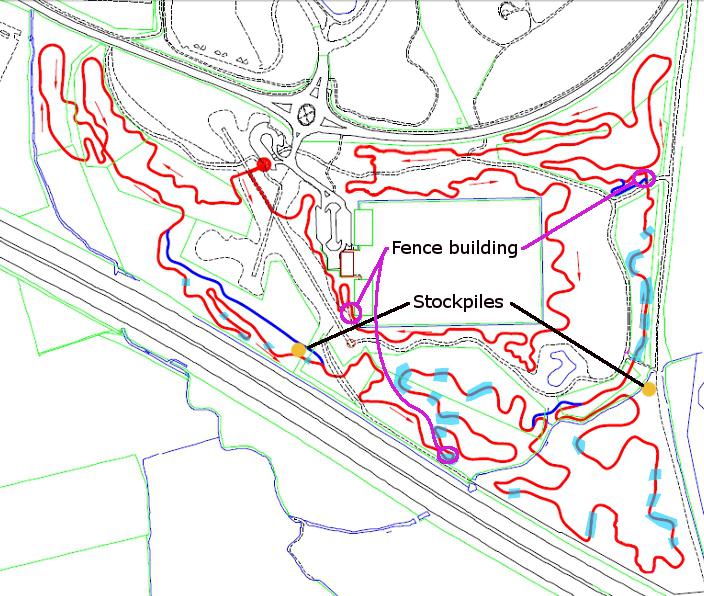