The snow had finally melted and the ground was no longer frozen solid. In the morning Phil, Tony, Mike and myself (Tom) dug out the new line in the section before the triangle. Blue arrow 1 in the diagram below. The new route avoids a boggy area.

The boggy area had been fixed back in January 2009. However, the rocks that were used were frequently bypassed by riders plus the whole line of the trail was not right in our opinion (this was some original trail that we inherited). 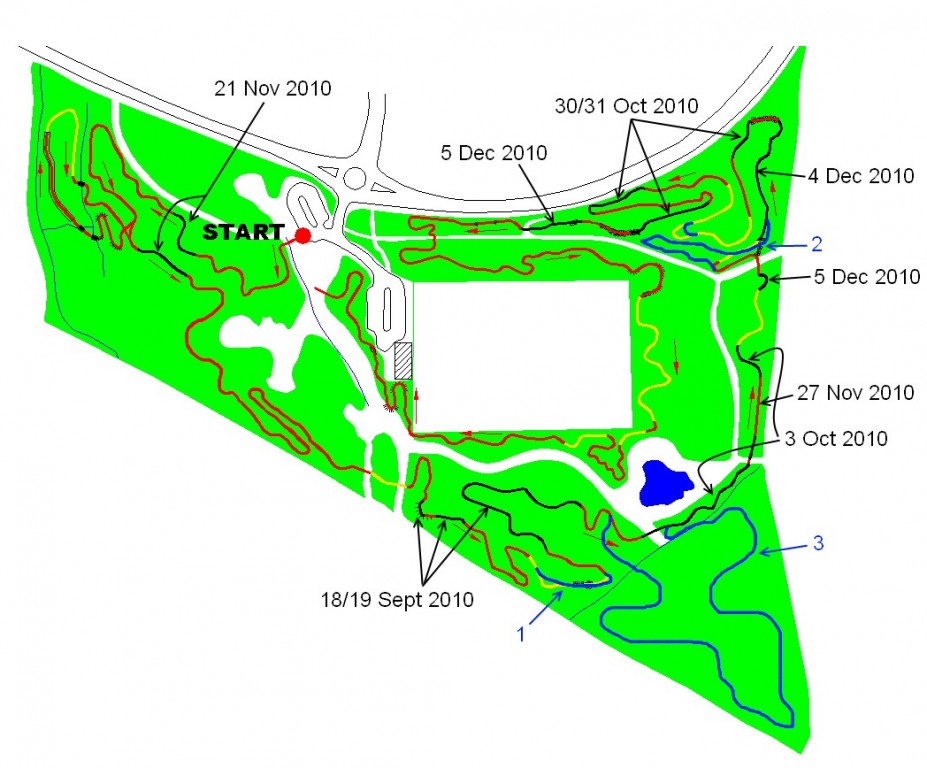 We were joined by Mr Anon and Andy later in the day. We spent an hour clearing more trees and branches from the entrance to the triangle section. After that we spent a while marking out the approximate new route for the triangle area.

We finished off by installing our new Croft Trail sign. This says “Built and maintained by volunteers” and has the msbswindon website address on it.