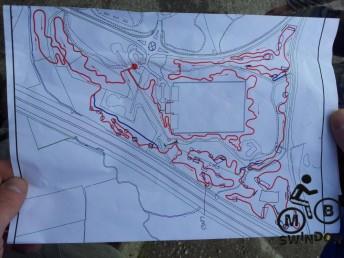 The aim of this build day was to fill potholes and puddles using material  from bags that had been filled on the previous build day.  We also wanted to move logs from the recent forestry operations to ensure that the contractor didn’t have to drive over the trail to collect them.

We’d walked the trail on the previous evening and highlighted the main problem areas.

I arrived at 9am to find Phil ready with the compactor. We were soon joined by Andy Smith, Kristian, Chris Witherington, Will Carling, Neal Middlemore and Mark Pulleyn. The group got started on shifting logs from Piper’s hill whilst I did  a bit of wheel barrow fixing due to punctures. We gained a new second hand barrow from this operation, courtesy of a local tool hire depot. 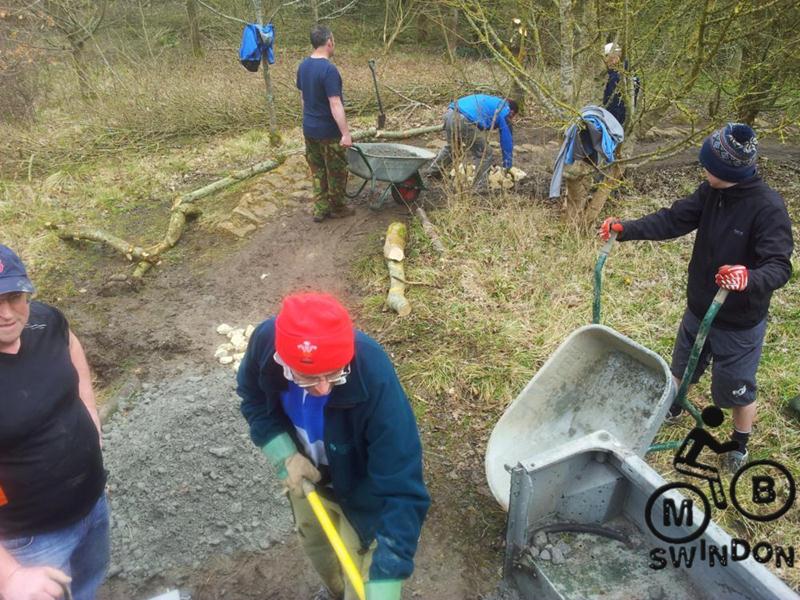 Pete arrived with his Land Rover and we were then able to shift material up Piper’s hill.

A short section on the climb was reinforced.  Then the large straight after the rock spine was completely resurfaced. This had only been given a cursory surface on the previous year. We fixed potholes and puddles just before the wooden steps and also at the top of the climb. 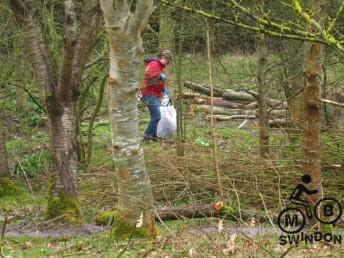 Weather conditions took a turn for the worse as the day progressed. At least it was warm though.

Alan called round for a visit with baby Elliot in her all terrain buggy.

The drainage pipes on the berm after the steps was uncovered and large pond was cleared of water.

It was great to see the few problem areas fixed ready for the summer. Thanks to all those who came along and helped. 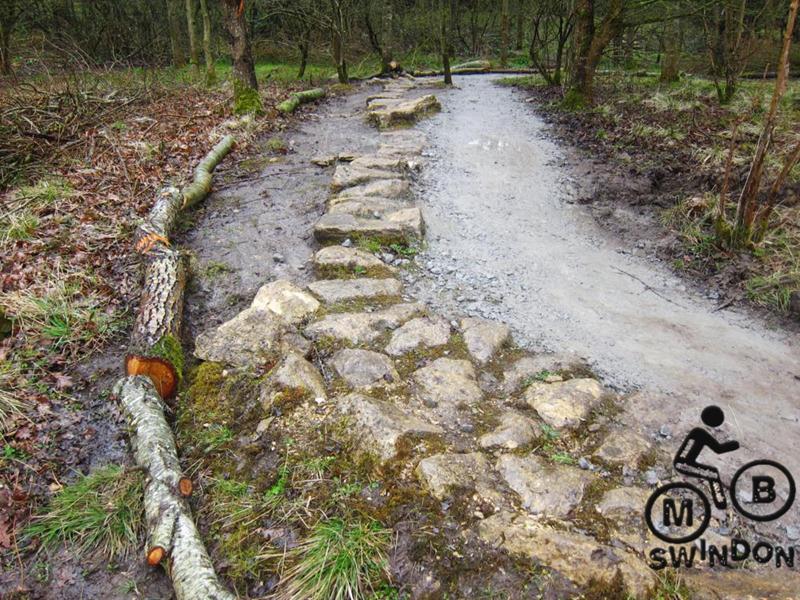 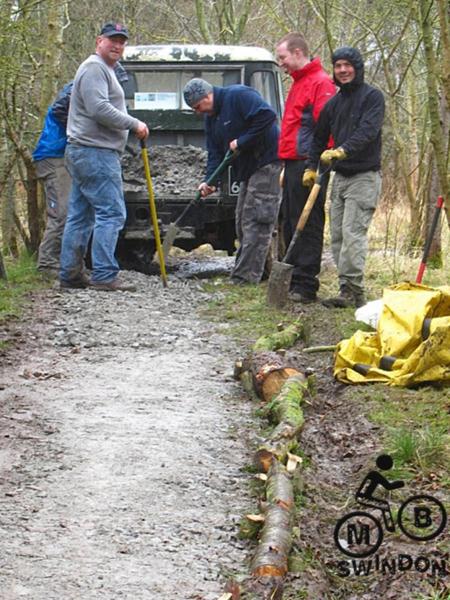 We had a total of 18 helping on the day: 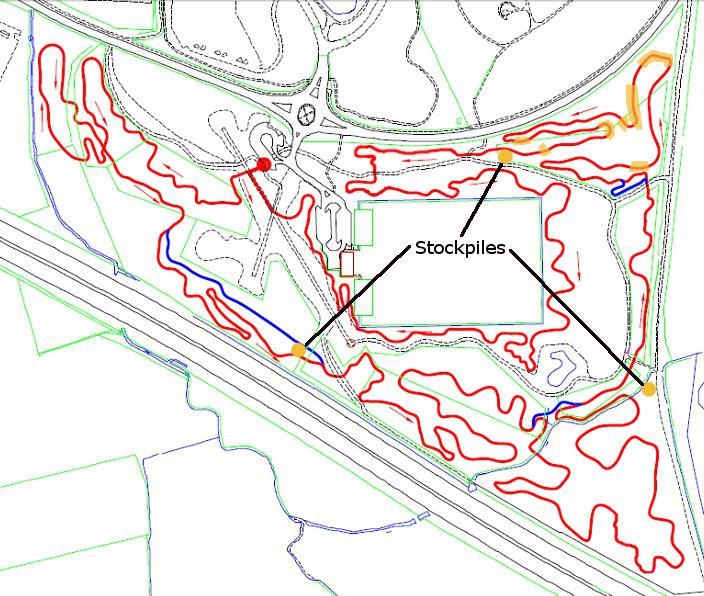