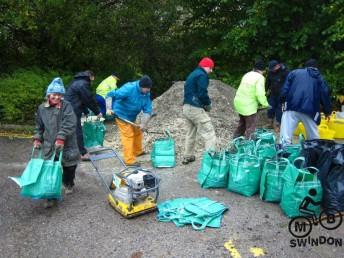 We’d had 18 tonnes of limestone and 2 tonnes of gabion delivered on Friday morning. Our challenge for the day was to move as much as this as possible using the Land Rover and also by hand balling material to nearby locations.

I’d walked round the trail on Friday afternoon and collected 7 large gravel bags from various locations. These are the 1m cube sacks that hold around a tonne of material.

We were lucky to have a warming drizzle falling from the sky in the morning. The tools, wheel barrows, compactor, people, sacks and the Land Rover all converged for the 10am start. We’d obtained some very handy new rubble bags and these proved to be a lot better than the old plastic sacks since they had handles. This meant that two people could easily shift them. 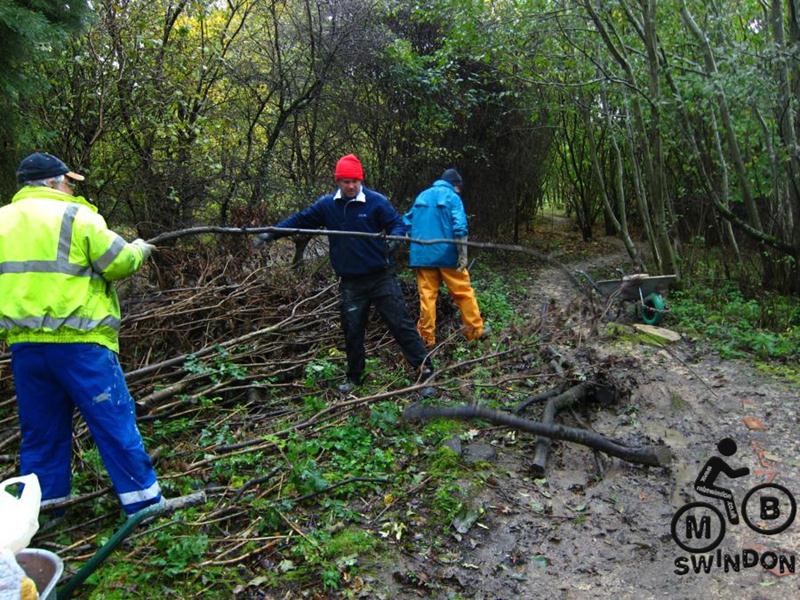 The main group filled and loaded sacks which were then delivered to the furthest point on the trail by Land Rover for future use.

A second group started on rebuilding a section of trail that had first been built in 2010. The tree felling operations had removed a critical tree which now provided a corner cutting opportunity. The mud was dug out, bricks from the old trail dumped in the bottom, then gabion, then limestone. More bricks were used to build a berm and then all of the mud was tipped onto the back of the berm. 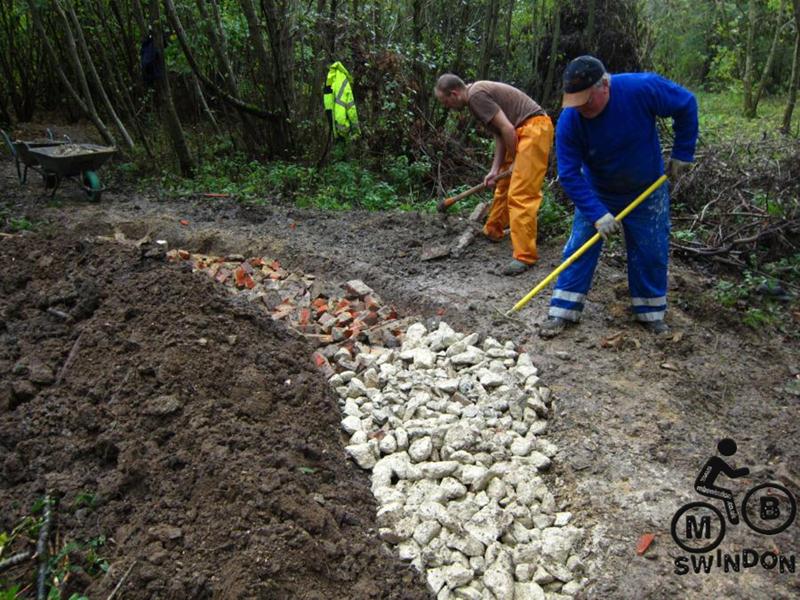 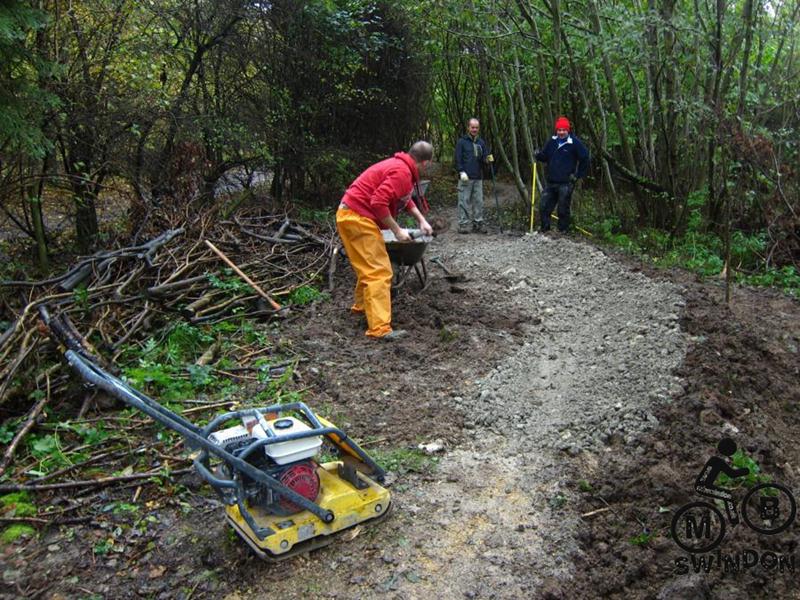 As well as this two muddy corners were fixed and old bricks were prized from the trail surface and replaced with limestone chippings. A small pothole near the end of the trail was fixed.

We had an issue when the HT lead was snapped off the spark plug on the compactor. This was fixed back together using about 20 cable ties.

The shifting crew delivered limestone to  the red section near the start,  filled in 50m of trail  near the pond and delivered bags to  the tennis court corner and the monument. 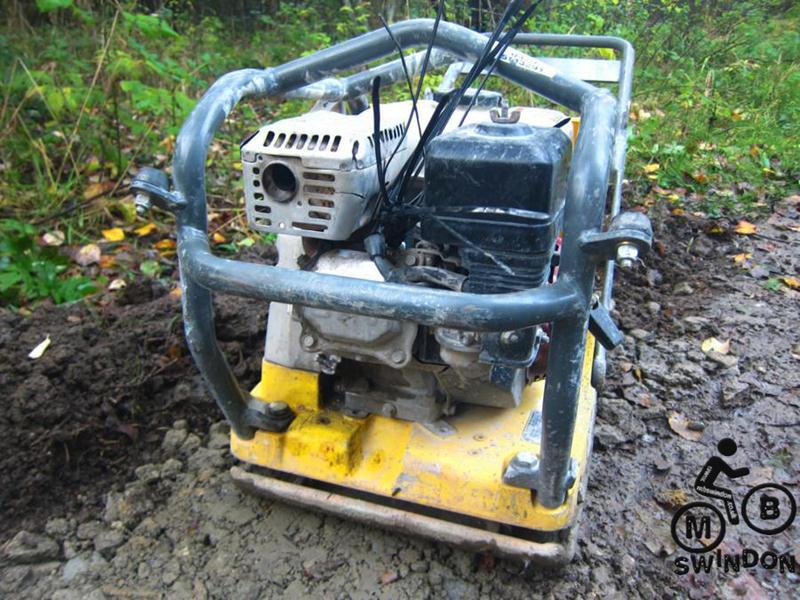 Overall a great day of work again. Thanks to all those who contributed. 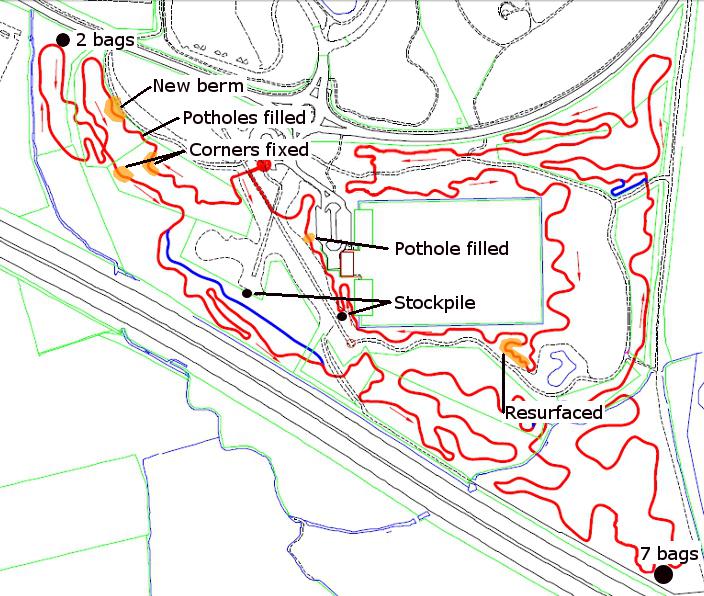