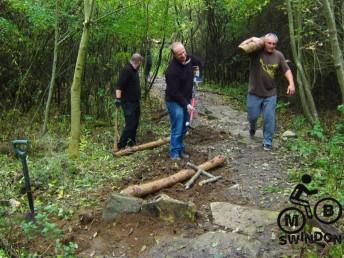 This was our first trail build session after a long gap over the summer (our previous build day had been a tidy session too. Tidy).  This was stage one in our plans for the trail. Stage two in November is shifting 20 tonnes of material to fix some pot holes and resurface the trail on the north side of the pitch. Stage three in December is building some new features.

I arrived at 10am and found a group of about six who were ready to go. As with all of our trail tidy sessions we dispatched a group of litter pickers. The trail generally does pretty well in terms of littering – we gain a few items per month and it had been five months since our last tidy.

The rest of the group then started on the back breaking job of raking leaves off the trail. We do this every year in late October or early November.  See the photos from 2011. 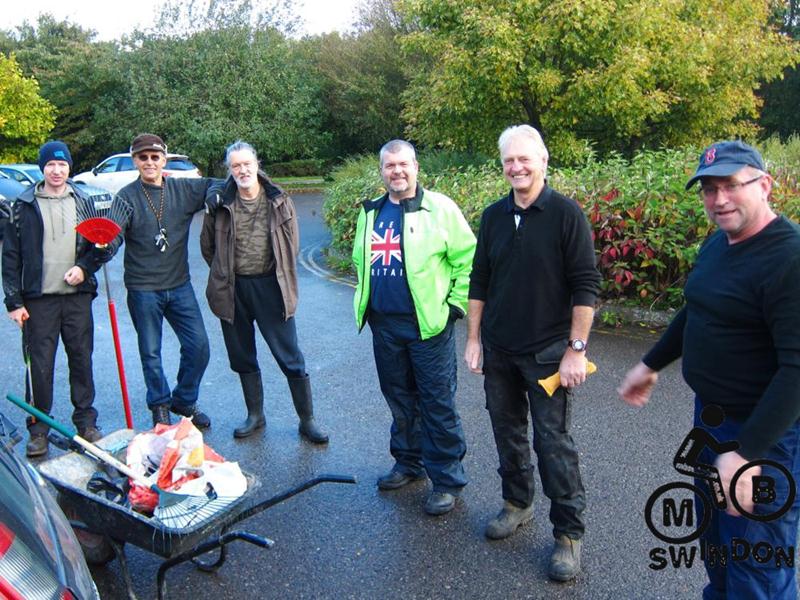 There were a lot of branches on the ground from the recent forestry operations. We dragged these into position to block various  short cuts on the trail. A few were on the woodwork near the start and  one in motorway2. We also closed off areas that might provide future short cuts, mainly in motorway2 and also at the final section of the trail. 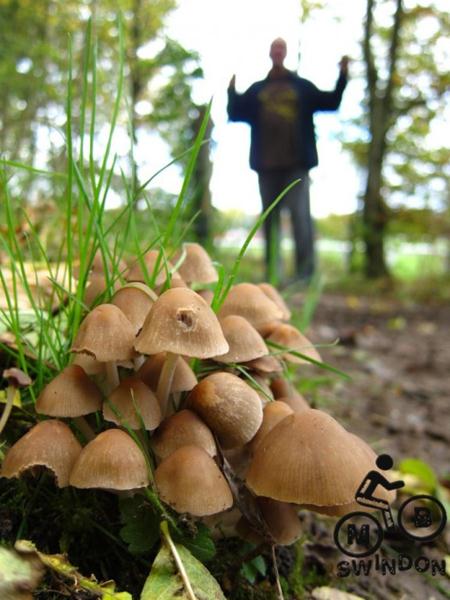 The section of trail at the entrance to the triangle had a significant short cut blocked up. This is an area of rock steps that we built in May 2011. Riders had been cutting down the left hand side of this and churning the ground up. We closed off this option by installing more logs and also embedding two slabs into the ground to make the short cut near impossible to ride.

Personnel changed over during the day – Tony Whitford, David Froy and Gary Palmer who had done most of the raking work went and were replaced by Graham Burgess and Neal Middlemore. By 2pm we were over half way round the trail and the main task was to finish the raking.

A few other jobs were done – Chris Hopkinson and Phil fixed a few wobbly rocks plus one of the wooden steps on the mud pile on Piper’s hill.

By 3:30pm then the five of us had the trail round the pitch to finish raking. We had five people and three rakes so we operated a bit of a rota and pushed on. Graham’s plastic leaf rake was definitely the easiest to use so we had someone at the front with that and two followers with metal leaf rakes to remove the wetter leaves that were stuck to the trail surface.

We finished at about 4:30pm. It was great to have the trail in good shape ready for the next build weekend.

See the complete build diary. Future trail building sessions will be listed on our events page.