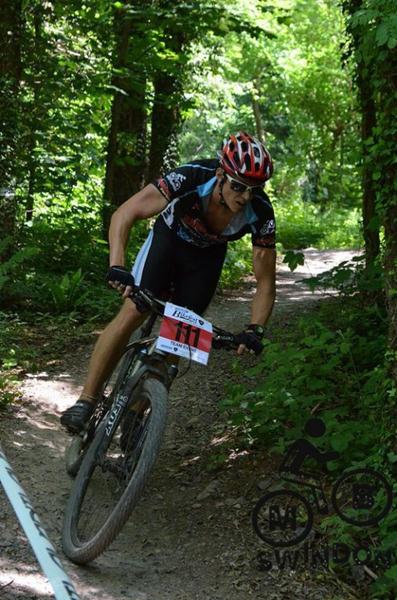 We had 23 riders taking part in the 2013 Ritchey Bristol Bikefest.

Things got off to a good start when we arrived at 2:30pm on the Friday and were able to bag a spot for our two gazebos right next to the transition area and the podium. Not so good was the rain that fell for a while and the distorted music selection crackling through the tannoy…we think some of it was the Cranberries. The only redeeming feature was The National Express from the Divine Comedy.

This year was the first event using the Bristol Cathedral Choir School playing fields for the event.  These are right next to the original Ashton Court field. The course came along the edge of the field, through a transition in the corner and then nipped through a hole in the trees and gate back onto the Ashton Court trails. We’d heard various stories about issues with the mud and erosion in the original Ashton Court camping field. The new plan also meant that showers were available in the sports pavilion.

Ian Luff was there with the Luff Bus cafe, this time expanding out into a large tent. We spent an hour or so giving Ian some verbal abuse training. This happens at every biking event: Erlestoke, The Mondraker Rally, Bikefest and Oktoberfest. He’s so used to it and was genuinely surprised when Phil and myself broke into normal conversation.

We did a quick lap of the trail on the Friday evening along with Ian. The bike on the roof of his bus does actually work.

There was no sign of the rain on Saturday and the bright sunlight woke us really early. As usual the site was buzzing by 8am ready for the 9am start. We had all of out riders present apart from one. We contacted him on Facebook to ask where he was and he replied “I’ll be there at 6pm tonight”. Not a lot of use for a relay race that starts at 9am and finishes at 9pm. He was actually expecting to do the six hour race on Sunday. 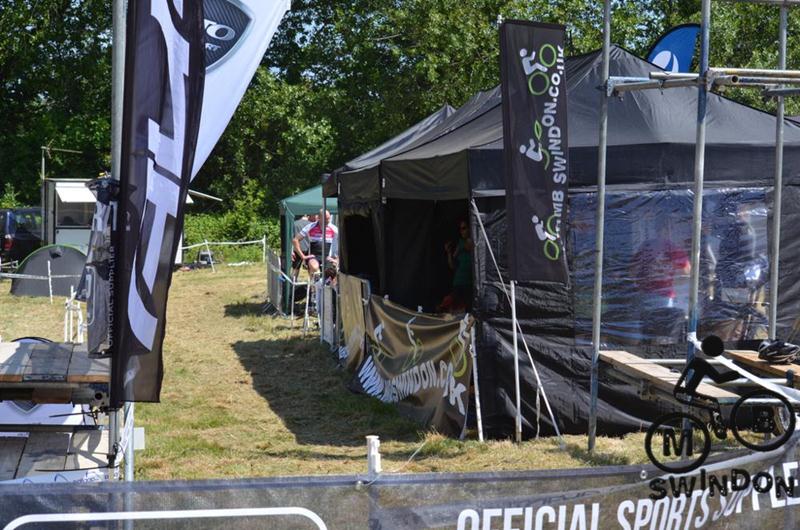 All of our riders seemed to get into a good position following the Le Mans start and that set the tone for the day. The sun shone strong throughout and the whole site became dusty. No complaints about that – 2012 was an appalling year for rain and mud. 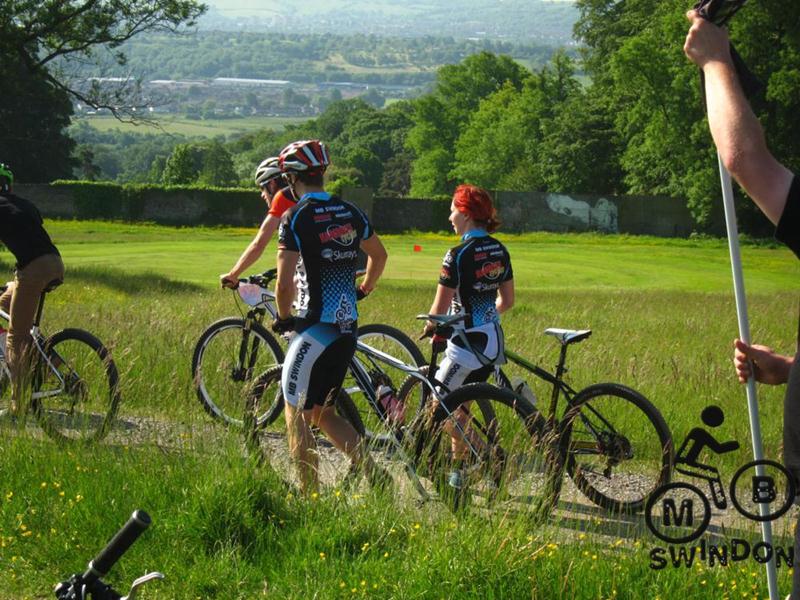 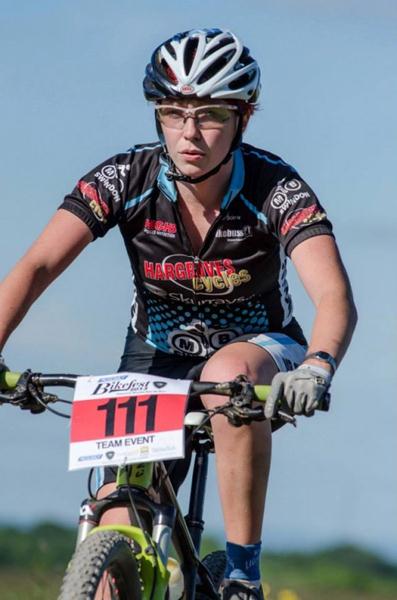 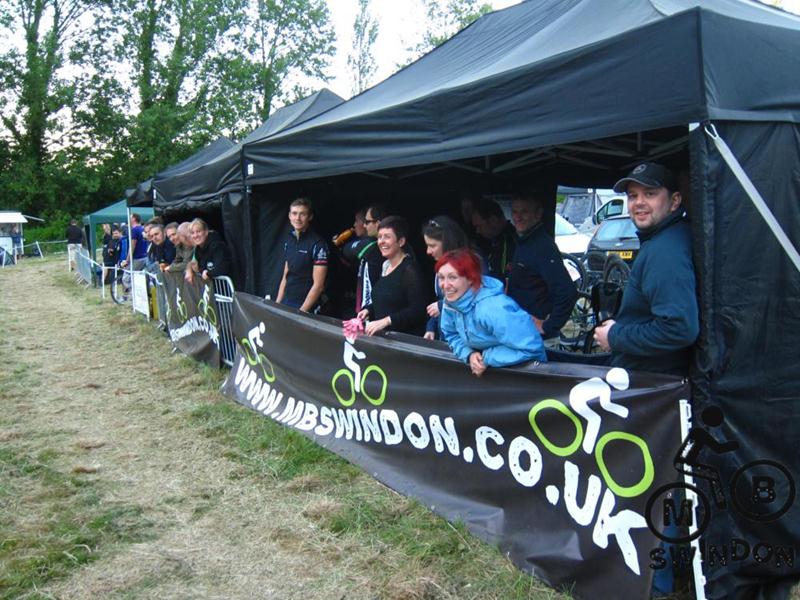 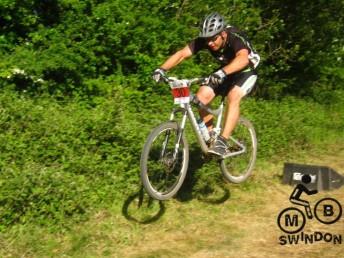 We had a good laugh at the chap whose back wheel fell off as he lifted his bike over the transition entrance barrier and we saw several riders fall off on the final corner. This raised a lot of laughs from the Halfwayup MTB stand. The Pedal Progression jump was in place and we saw a few comedy crashes off the end of that. One not-so-amusing crash involved a woman who landed on the front wheel, broke the forks and then faceplanted. She was posting on the Bikefest facebook page a few days later saying that all was well though.

Whilst we weren’t riding we had a chat with Loco Tuning (club discount) and discussed more clothing options with Scimitar Sports. Phil was excited to be  used as the model for some shorts. That was his excuse anyway.

Things went well over the day apart from a few punctures that delayed teams by 5-10 minutes. Everyone managed to get their last lap in well  before 9pm – the latest arrival was about 10 minutes before the cut off time. We had a range of lap times – our fastest riders were in the 28 minutes and we had a strong showing in the 30-35 minute range. Everyone put their fair share of effort in and that’s what this is about for the club: a sociable and supportive atmosphere to encourage everyone to develop their riding.

There was an alarming amount of yoga related activity going on in the club stand; the birthing position was the pose of choice for day and Anna demonstrated some special moves.

Our race team came second in the mixed teams categoryso we had the pleasure of seeing them on the podium. 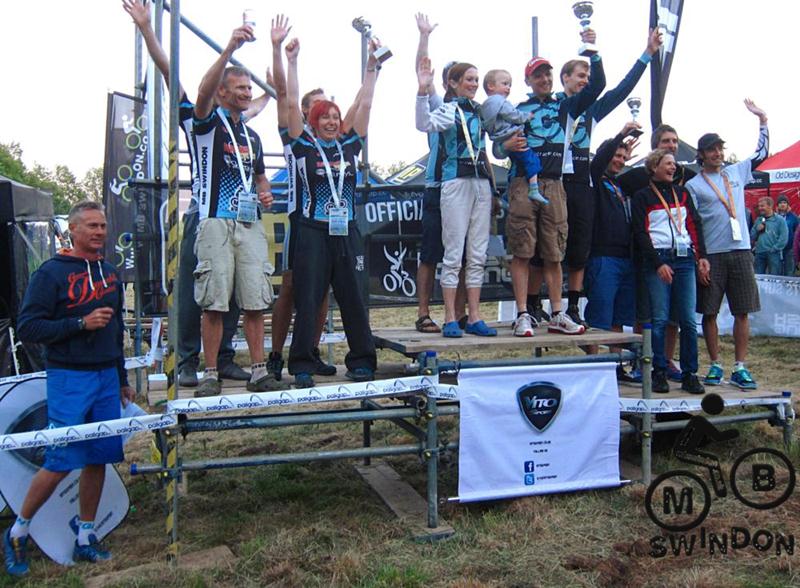 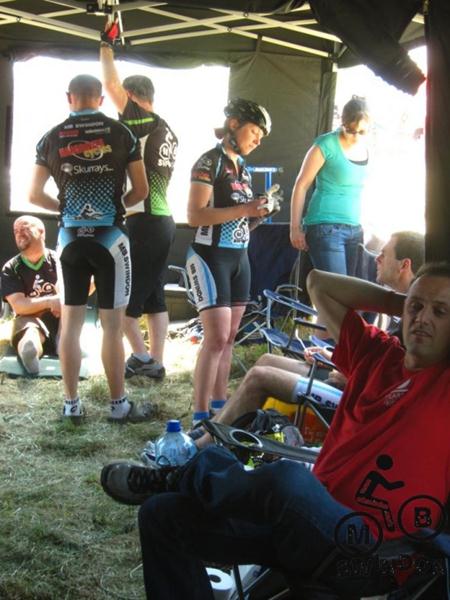 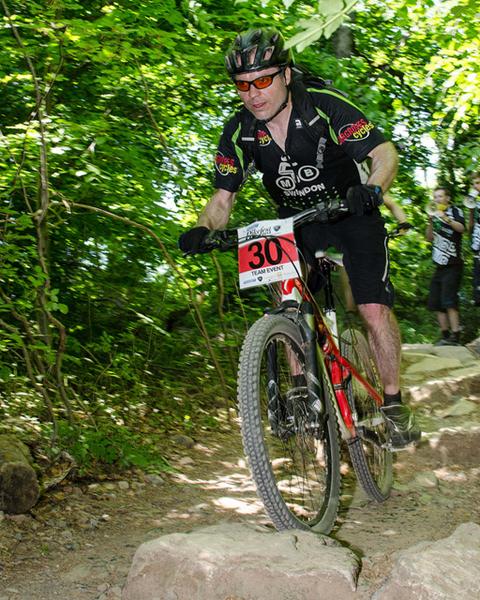 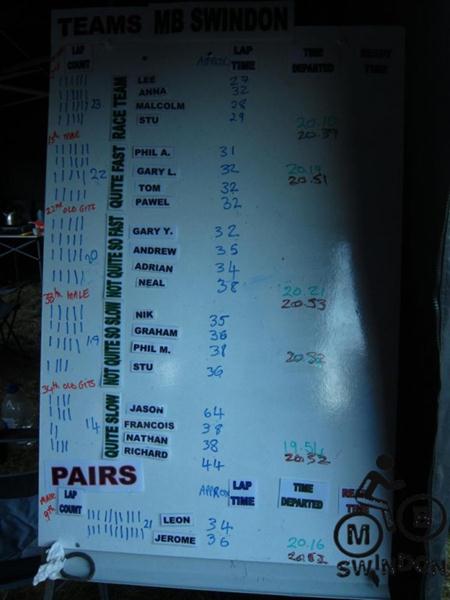