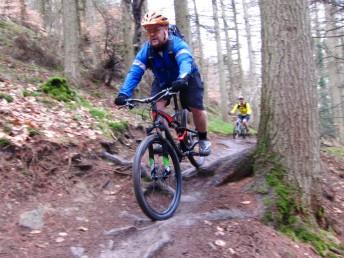 This was a joint club ride, novice friendly ride and women’s ride. Info about Cwm Carn trails. Photos from previous ride there.

We had 15 riders in the Cwm Carn car park ready for the 10:15 start. We set off as a single group with the plan to split if there was a major difference in speeds. The car park had been expanded to two tiers since my last visit there. It’s obviously a popular place.

As usual, the initial climb was a shock to the system. It never gets any easier either. We were soon rewarded with the twisty section that comes out next to the gatehouse.

Our first crash of the day occured when I was lying on the ground to get an interesting angle on some photos. Richard looked at me instead of the trail, had a minor wobble and then rolled down a steep bank. Luckily he managed to hang on to a tree. The bank steepened below that and then turned vertical with a drop onto the river. A lucky escape.

The tricky rock ramp and slippery tree root provided another challenge. The climb at Cwm Carn is long and severe – on average it’s about 10% steeper than the climbs at other trail centres.

The next photo opportunity was the set of rock steps just after the wooden bridge. Many people ride straight past these without noticing them. I used to ride these every Friday afternoon so I always feel compelled to use them. As normal, as I approached the top they looked intimidating and I decided to have a bit of a think before riding them. 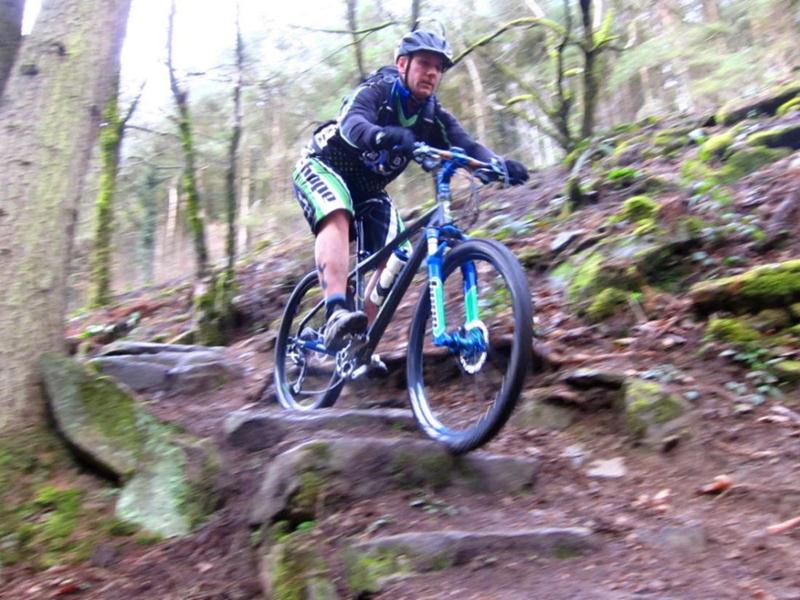 Several others gave them a go including Nigel. Sadly, he cleared the difficult part and then went off line slightly. This put a wheel off the side and down a hole. No amount of saddle lowering would compensate for this and he went over the bars about half way down the second set. 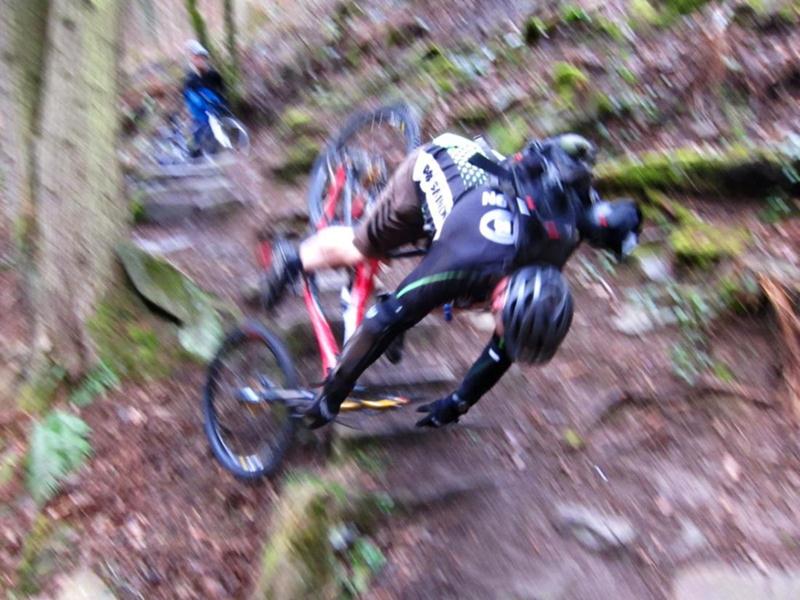 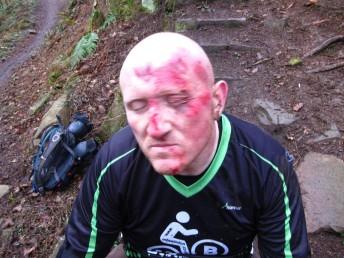 As always, it’s not coming off the bike that hurts; it’s stopping when the ground gets in the way. The helmet was split into two and Nigel ended up with several messy cuts. Nigel is tough – there was a slight moan on impact, but within 30s he was back to normal, albeit talking about “seeing stars”. Then he realised that a back tooth had been split.

Sharon cleaned out the cuts with water and soon Nigel and Sharon were riding back down the road to their van and on to hospital. Nigel had offered to take himself to hospital!

The rest of the group continued. We were left with one woman – Lisa. This was also her first club ride and she carried on unpeturbed by the messy accident.

At the top of the climb we tried out the black freeride option. After a lot of whooping we decided to give it another go. And then we rode it a third time. 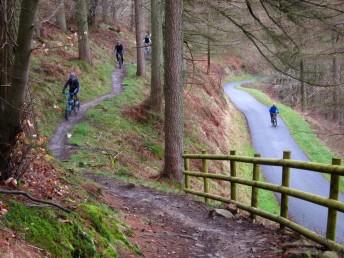 We continued round the rest of the trail. There was a strong smell of barbeque teasing us as we rode past the picnic site. The concrete ramp was a good challenge with a few people making it up.

The final section around the scree and down the last downhill provided entertainment for the whole group.

We finished the day off with a trip to the cafe. In the past we’ve been critical of this in terms of compatibility with cycling and the speed of service. The food was actually pretty good, but we did have to wait a while.

Thanks to everyone who came along and added the fun.

Nigel is recovering well. If it wasn’t for the tooth then he’d have come out of it without major long term injury. 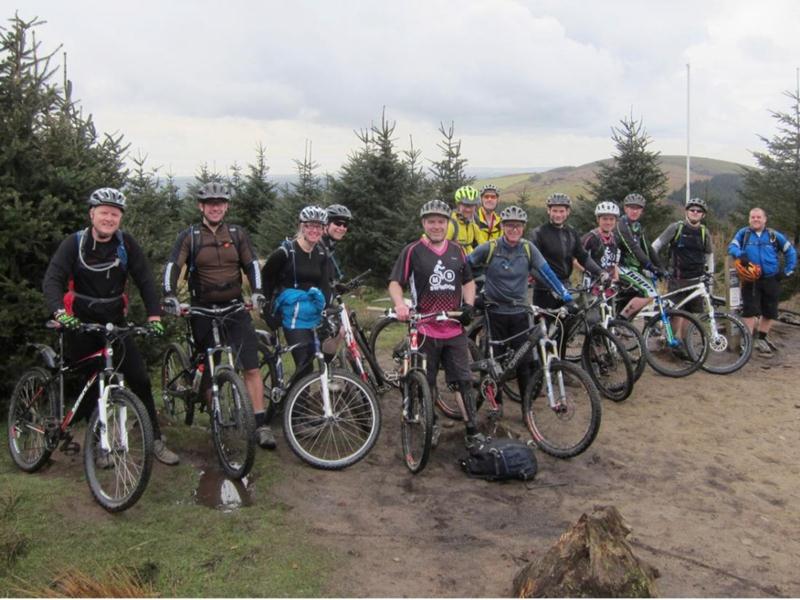