We’ve been busy surfacing sections of trail as described in our development plans from August 2010.

The map below shows the areas that have been covered so far. 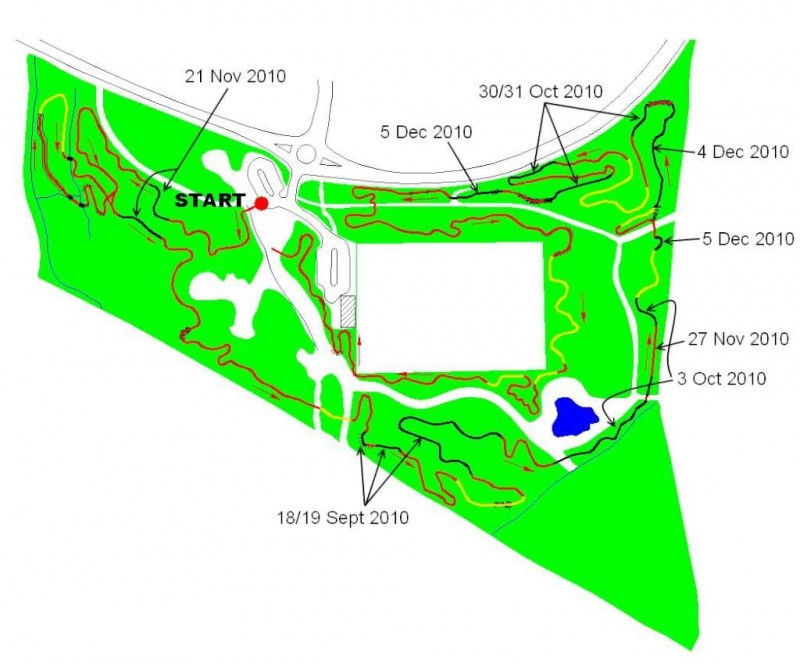 The table below shows the length of trail that’s been rebuilt and surfaced. We’ve surfaced about 880m of trail in 8 build days, giving us around 104m per day. A decent group from the probation service (community payback) can achieve 180m per day, which is a lot. For distances under 30m then wheel barrows are quite quick, but for longer distances the power barrow is valuable. We’ve used about 65 tonnes to cover the 880m based on 13.5m per tonne.

We’ve still got about 625m of trail waiting to be surfaced. At the current rate that will take about 6 build days. We’ve got 4 more days in December and then 4 days in January. So by the end of January we hope to have all of the affected areas surfaced.

The outline plans for further development are shown in blue below. There are three main sections shown: 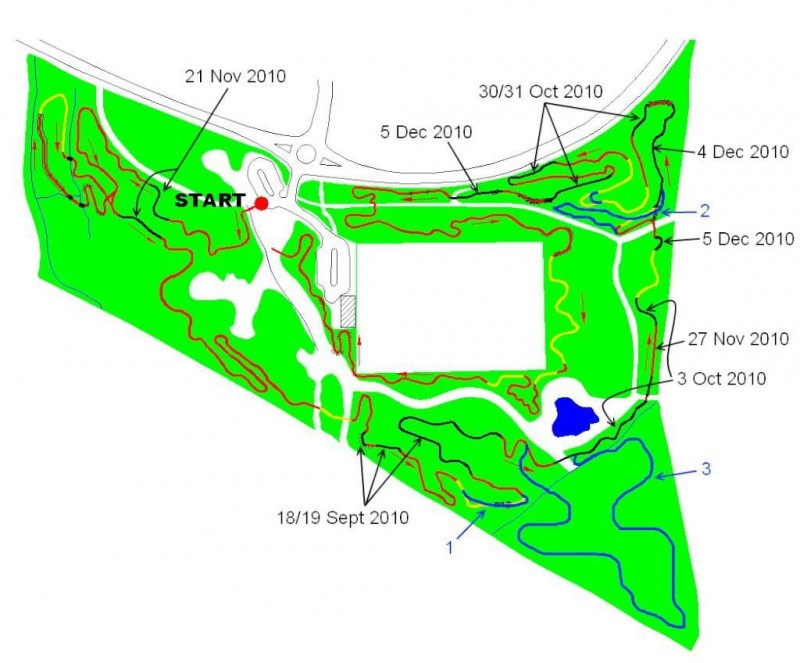