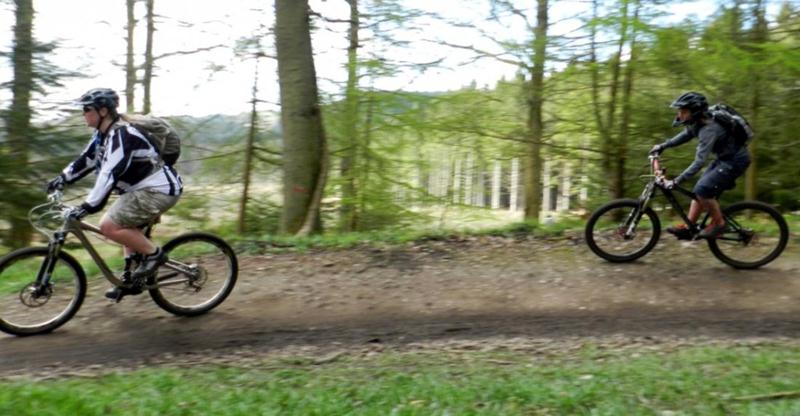 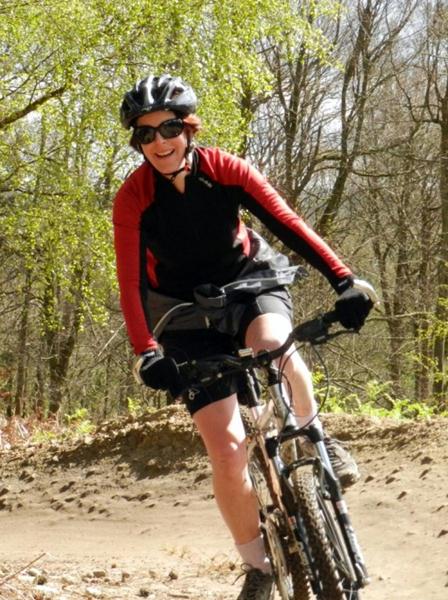 So, another glorious day for the MBSwindon ladies (well, until it snowed!)

It was lovely to be joined by Jen (+1) +the hubby supervising), Jo, Natasha, Sarah, Bridget, new recruit Ann, Lorna, and honorary girl for the day, Richard (recovering from knee surgery).

As planned, we congregated in the very nice new car park area of Pedalabikeaway at the Forest of Dean. For those who have not been there, be careful of the spiky bits in the road where you used to go up to top car park). Top tip to self: when purchasing a parking ticket, do not put it in your wallet, go to the loo, then not put it in the car.

Richard and Lorna had a bit of bad luck with their brand spangley new bike lock, but this was soon remedied with some brute force.

With that sorted then we set off for a lap of the Verderers trail. This was very pleasant, nice and long and I didn’t quite realise how much of an ‘up’ that fire road is. We took a breather at the top and did a quick overview of what to expect from that section for the benefit of those who hadn’t been there before. Then off we set with lots of wheeeeeeeeeeeeeee’s, and whooping going on as people screamed around the very lovely slightly downhill, swoopy bits before emerging out onto the fire road. 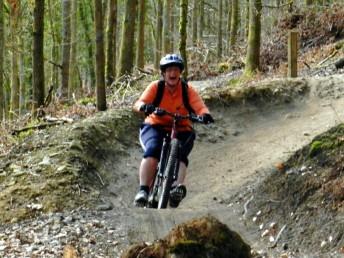 We continued our climb up on the nice wide fire roads, so lots of chat going on behind me, and then we came to the ‘Red’ or ‘Blue’ section where there is a fairly fast, steep, rocky/sandy/techy bit or a marginally less steep, rocky/sandy/techy bit as the options. A few went high (red), and a few went low (blue) but everyone emerged at the bottom of that section looking very pleased with themselves.

A few minor ‘off’s’, mainly due to speed (or lack of in some situations), and a few skids on the mud that had a habit of just popping up from nowhere (not amused!). Then we continued through the really nice variety of downhill whoopy bits, and simple climbs up, before we literally go the pinnacle of the Verderers: the descent. 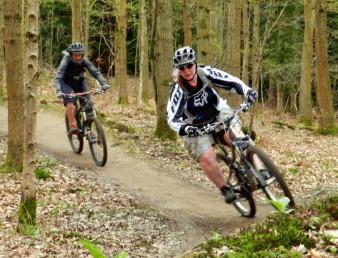 We all stopped at the top and went through what was to be expected, the fun/berms/rollers/stones/turns/fun (oh i said that already), and sent off the speedier riders, who flew off. Those who were not so familiar with the trail joined on at their own pace, having equally as much fun, until…..:OTB, legs in air, face in ground and off came one of our riders. Simple mistake: she forgot that the 4th roller was at bit of weird angle, misjudged and bailed.

Thankfully, short of some shock, a lovely cut to the chin and a little scrap under the nose, all was very good. However do not walk down the trail from that point……… its a really long way!!

Thankyou to some of the nice men who were flying past and stopped to ask if we were ok and needed any help. Not so much of a thankyou to those whp chose to ignore Sarah warning them and nearly ran us over. Thankyou to Lee for pushing back up to see where we were after not arriving down for ages, and thankyou to Jo and Jen for leading the group back to camp.

Anyway, Natasha and Sarah went off to hospital (all is good and Natasha was riding the very muddy prospect ride the Sunday after, so well done you) and we had a spot of lunch.

We then had a discussion about what to do next. Ann had done enough for the day, Lorna and Richard wanted to ride Verderers again and the other brave soles decided they would like to have a go on the downhill trails!! Well, we were certainly shown a trick or two from Jo, who flew down Ski Run, zero effort, on a hard tail. Bridget and I had a go too, nearly as stylishly as Jo. 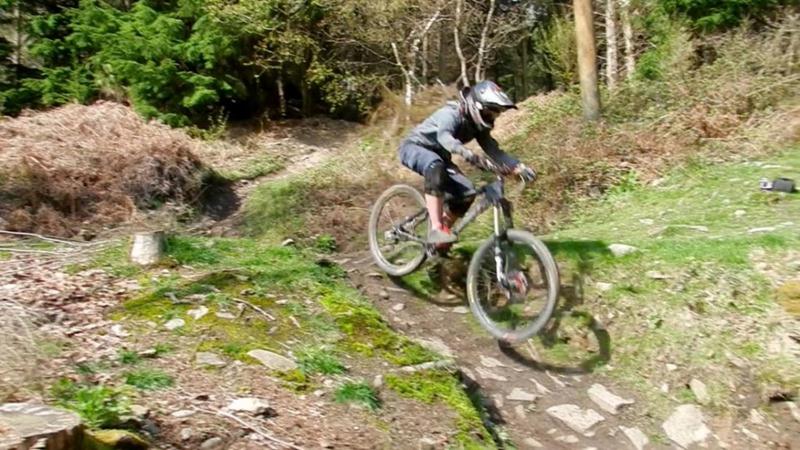 We had a couple of runs at that, then rode off to some slightly easier downhill, the Corkscrew, where we had a play on the jumps, and got some advice from Jo and Jen about how to ‘pump the face’.

Jo and Jen got some pics of us, and Jen was allowed to have a go.

Surprisingly, downhill is actually quite tiring, and fair play to Jen who is carrying additions to even get round (baby on the way).

After having ago, getting some lessons, and it getting a little dark under those trees, we headed back, and got to do that lovely descent once more.

Great day ladies, hopefully all enjoyed, and catered for everyone. It certainly is a venue with variety.

The next event is on the 27th May, XC ride from Barbury. Hope you can all join us. I will be attending the club rides too, of which you are all welcome too, and it would be great to have a strong female contingent there.

And don’t forget, for those of you who are lacking experience/fitness/confidence/hate technical stuff or just want to get out and ride a bike, Kat does regular breeze rides too which all are welcome too.

Photos from Nov 2011. More info about the Forest of Dean and the Verderer’s trail.