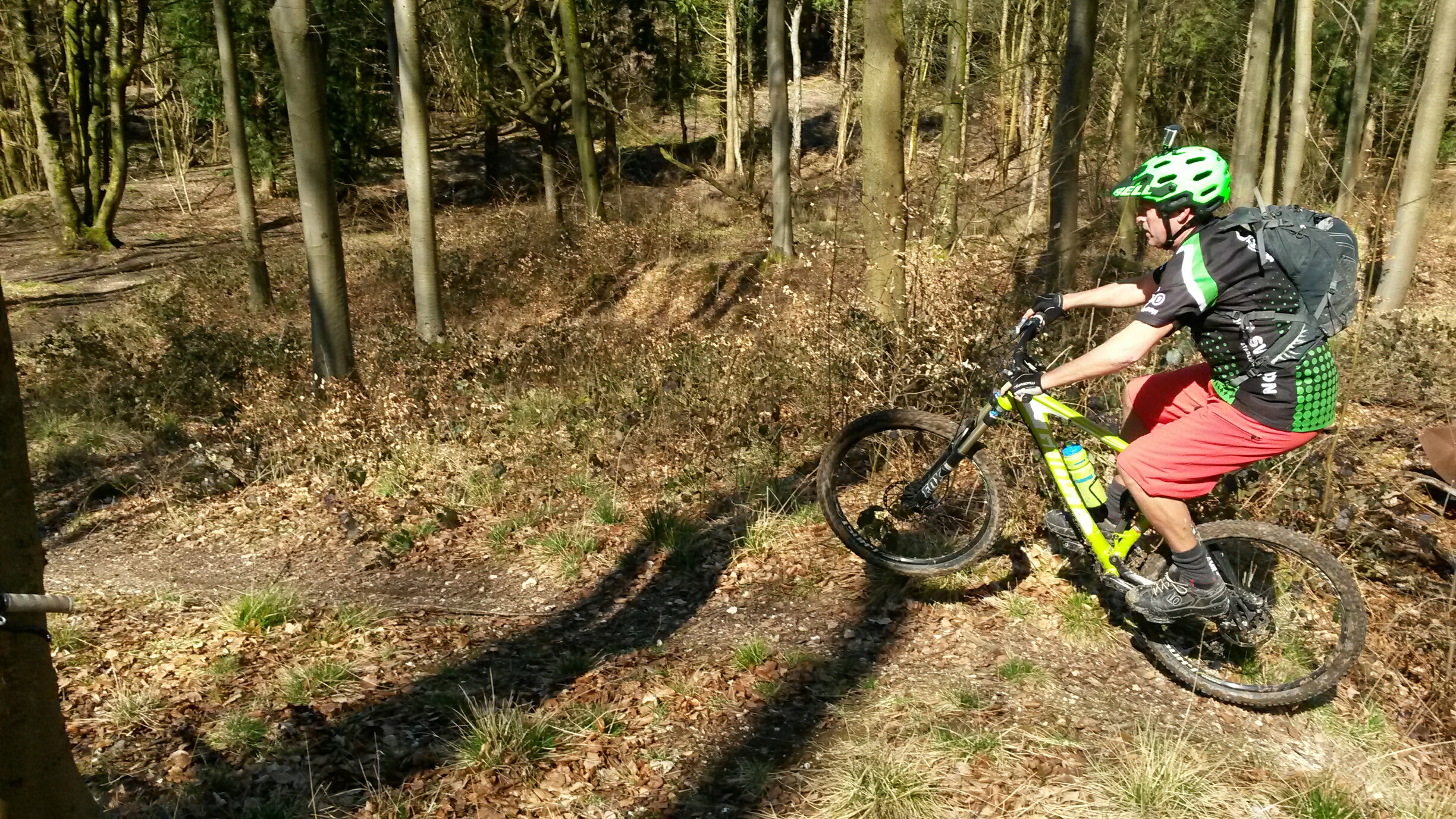 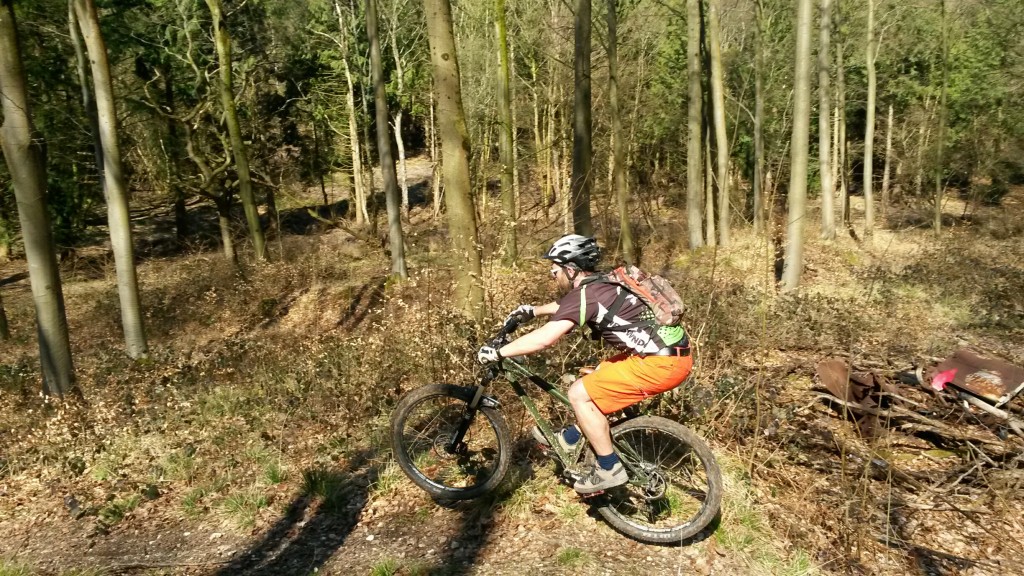 The threat of mud, reminding people of recent storms and telling them the ride required a sense of humour couldn’t keep them away today.  Even putting the ride on a Saturday didn’t fox them!  I got to the car park quite early hoping to sneak off before anyone else arrived and to my dismay I was soon joined by one very eager rider, who had ridden 28 miles to be there. What was going on?

My quiet ride had been ruined! Before long the cars started to roll in like a carnival parade. Long lost riders and ride leaders who we haven’t seen on bikes for months on end turned up to spoil my day.  I’ll have to try harder next time to put them off, as it would have been a lovely day for a solo ride round Collingbourne Woods. 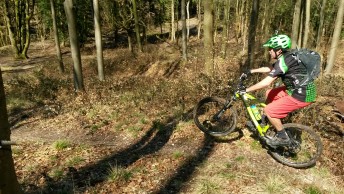 As we set off I tried my best to remind them of the mud and I even threw in some fallen tree news. While it slowed progress a little, I simply couldn’t shake any of them. Not even the weak and ill one at the back!  Maybe I could lose them in the single track. I sped off as quick as I could but some of the crafty ones kept up, they may have worked out my plan, I’m not sure. I was going to have to try harder.

Just as it looked like I could shed some of the stragglers, one of the clever ones decided to fake some technical issue with a tubeless tyre.  A likely story, “this has never happened to me before” he said with a wry smile.  I was on to him, this was a ploy to allow them to regroup.  After a long fireroad climb, he did the same again allowing everyone to catch their breath a second time. They weren’t going to let me get away from them without a fight. 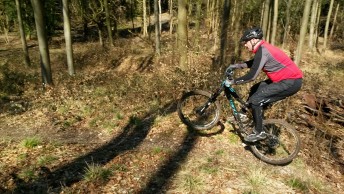 After a few miles of trails that weren’t nearly as muddy as I had hoped, everyone started to enjoy the ride. This wasn’t the plan! It was supposed to be a muddy trudge around the forest and I was going to offer some short cut options, but the better than expected conditions just kept coming and all 14 of them kept following me.

I really hoped the ruts and puddles were going to be the final straw so I could enjoy the gully in peace. But no, they were still close behind me. My only hope was that the gully’s twists, jumps and odd berm would claim a few victims. Maybe egging them on at the bombhole would equally scare a few off – no such luck. They were smiling and laughing and enjoying it! 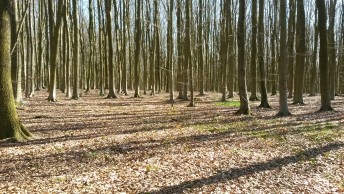 A stiff climb and another go down the gully should shake a few off. No it didn’t. Every miserable last one of them wanted another go at the gully, even the prospect of doing the stiff little climb again didn’t put any of them off.  So I threw in the bigger and more gnarly bombhole (my secret weapon), yet they still kept coming back for more!

By this time I had given up. My only hope now was some sort of revenge. It was time to bring out the brambles! But even the shin and forearm tearing little blighters could spoil the last 5 or 6 kilometres of singletrack as we traced the edge of the woods back to the start.

There was nothing else for it – I was going to need a drink after this.

They only followed me into the pub too!

Here’s a couple of videos from the day – look how many people there were!