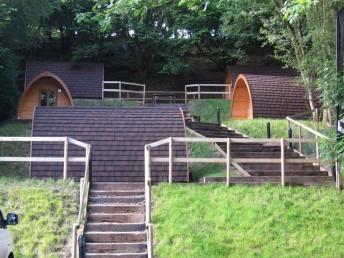 This was a two day trip to Shropshire. We stayed at the Shropshire camping pods. These were conveniently next door to the Station Inn where we had our evening meals plus cooked breakfast each morning. There’s also the Blazing Bikes shop and Shropshire Outdoor shop on site.

The pods have everything you need: walls, a roof, a door and a floor. There’s even some luxury items such as glass in the windows, a light, heater and a plug socket. Showers are next door. Think of it as camping without the wet tent. It worked well for us.

We had a 31 mile route planned for Saturday. This was loosely based on the CTC Marshbrook Marathon route from earlier in the year. This includes The Long Mynd, Stiperstones and Eastridge woods trails. Maps at bottom of this page. See also our ride report from Oct 2011.

On the Friday afternoon then James and myself did a sneaky recce of the route over Stiperstones and Eastridge. We decided that the knobbly track on the top of the southern end of the hill was best avoided. Rocks the size of footballs with perfect tyre sized gaps between them.

The views riding down into Eastridge were great and the red grade trail in the woods has some decent steep sections plus a few drops and a long, flowing traverse. Well worth the visit. The long grind back up the lanes gave a hint that the full route was going to be a killer.

We packed up as darkness fell along with some heavy rain. 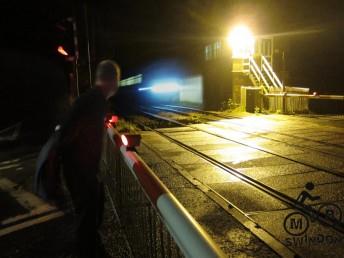 Saturday morning dawned bright and by 10am ish we had 8 keen riders present. We couldn’t help but notice the four young women merrily skipping round the tyres next to the camp site as part of a training routine. Definitely a good start to the day.

The views from the glider club were pretty special. Plus there’s only one way to go from the top of a hill unless you have access to an aircraft.

After a short and steepish descent then the route traversed along the bottom edge of the Long Mynd via tracks and lanes until we reached Bridges. Shropshire’s finest fell running club were limbering up. We couldn’t help but admire the view. 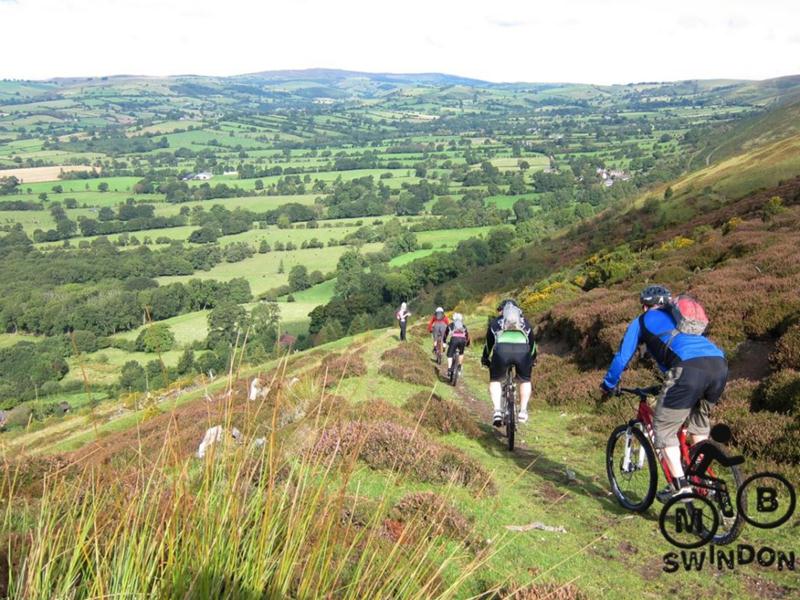 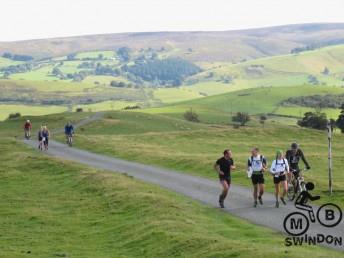 The lane up to Stiperstones follows a pattern of up, up, a bit of up, more up, and finally some up. Learning our lesson from the previous day then we took the intermediate path along the hill and avoided the knobbly rocks. We had our last rendez-vous with the fell runners near the entrance to Eastridge woods.

Our group split for a while due to a missed sign post but eventually got back together on the red trail.

By this time it had been several hours of fairly punishing riding and the big long drag up towards Bridges was duly noted by everyone. 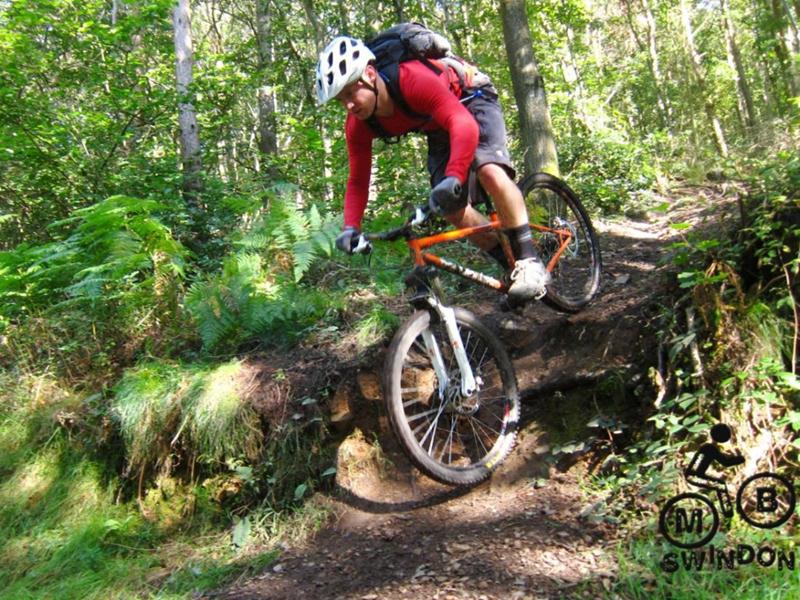 Knowing that there was going to be a big climb to the top of Long Mynd then a decision was taken to call into The Bridges Pub and load up on food. 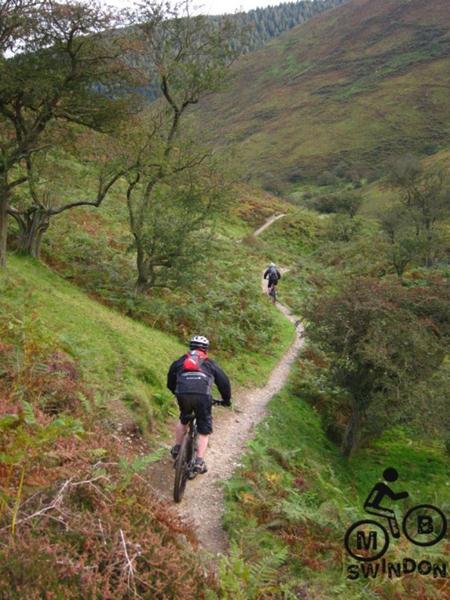 The road from the pub quickly got us started on the climb and steepened noticeably about a mile in. Once the cattle grid had been passed though then the gradient levelled off. It was quite a special moment riding along in the early evening sun with an emerging view of mountains in the distance and knowing that most of the climbing was over for the day.

One final ascent to the trig point and we knew that the route was pretty much in the bag.

The line of bumps along the road towards the gliding club were used for jump practice. We descended via Minton Batch, a well known and classic single track route.

At the bottom we took Jame’s special option (a short bridleway that cuts the corner towards Minton). This replaces a tedious road climb with a much steeper ramp up through bracken.

Finally was descended via road back to the camping pods.

The route total was 31 miles and 1400m of ascent. The distance doesn’t sound much but I’ve done 48 miles in less time and felt less broken by the end.

On Sunday we visited Hopton Woods minus a few people that we broke on Saturday. See Hopton ride report from April 2012 for more info on the trails there. 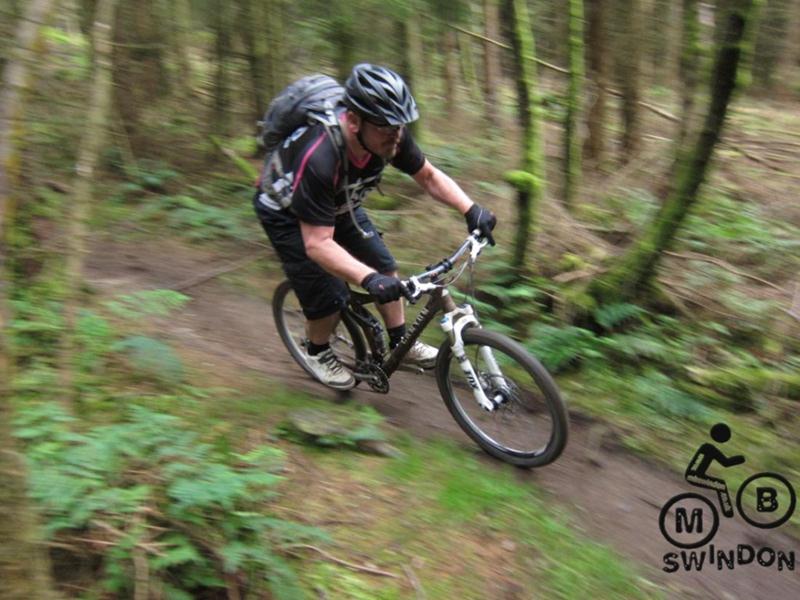 Long Mynd, Stiperstones & Eastridge route map (clockwise) OS Map, GPX. A recommended method of viewing maps is to save the gpx and then load it on Bikehike.