The Thriller in the Hills is a local route we’ve done a few times now. It was originally conceived as a way to link lots of fun bits together; namely Rickety Bridge, Rockley, Ladder lane and the infamous Croft Trail.

Something must of sounded appealing as we had a great turnout of 18 for this ride, the biggest group I’ve had for a while. It might of just been the weather that was appealing, beautiful blue sky and not even a chance of rain; a perfect early September Sunday.

There were some fun descents which all had to be earned. Setting off around the first half of Croft to Pete’s steps was a good leg warmer for the onset of the hills. The first half of the ride contained climbing Hodson, Barbury road climb and the radio mast all early on. But the downy bits were the Gun club and Rickety bridge which balances it out quite a bit. The second half contained much more descending , but first there was the brutal climb up the side of the church at Rockley. This was a good trade off to allow us to come down the singletrack on the other side. From here we had the last real climb left, which was up 4 mile clump back to Barbury Castle. It was about this point that I found out that most people hate this one, too much of a slog apparently. Oh well, we’re here now….

From Barbury it was down the hill fort, a short ride through Overtown to Ladder lane then back to Pete’s steps to finish off the second half of the Croft Trail.

It was great to see so many people out on their bikes, everyone said they had a blast which is always good, even if they were lying. Regular faces, not so regular faces and a few which had chosen this ride as their first with the club; it was a right old friendly bunch who decdided to take on this classic local xc ride. The only negative feedback I did receive was that I’m not allowed to use the term ‘slightly overgrown’ anymore…

Big thanks for all who joined me, please have a watch of Michael Duller’s video, which as always is a great little edit.

Hope to see you on the trails soon! 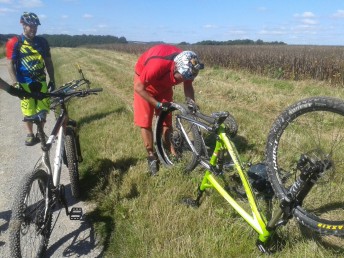 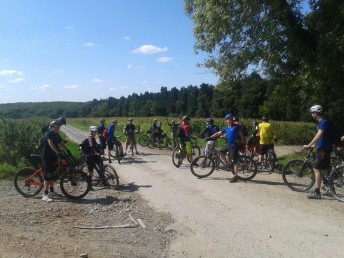