Phil welcomed 21 attendees and the 4 other committee members in attendance:

Q: Why is the membership total not a round number, when the fee is £10?

A: The service used to process the payments (NoChex) charges an admin fee which is taken from the £10 fee.

Q: There was talk in the past about a container at the trail, what happened to that option?

A: It was assessed as an unfeasable option due to the location. Planning permission would have been required and concerns over the risk of vandalism and break-ins. The committee are continuing to look for suitable garages but if any member has suggestions / leads please pass the information on to one of the committee.

From April 2015 the club will be registered with HRMC. This will not increase membership fees but the club accounts will have to be submitted to HMRC in the correct form.

2. Review of the year

Rich first thanked all the ride leaders who give up their time to recce, plan and lead the rides available to the club members.

Over the past year the club has run first aid courses and provided first aid kits for the leaders. There have been many rides offered and great write-ups in the ride reports.

It was noted that with no Tom Stickland leading rides, there are less ‘epic/wilderness’ rides.

A: The aim is to have at least the following each month

Kat presented an overview of the membership statistics for the year, highlights include:

Phil presented a map of the trail with areas for improvement and talked through them. 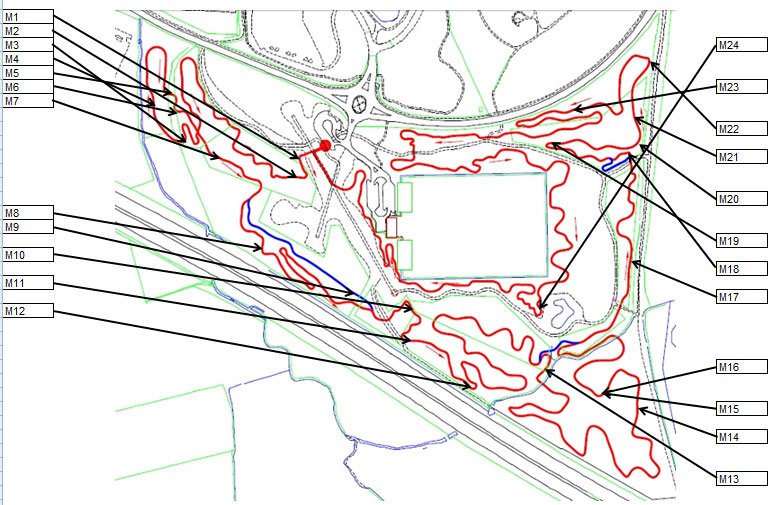 Q: Is there a possibility of extending the trail to the other side of the stream / towards Park & Ride?

A: It has been deemed a no-go area.

Officially naming sections of the trail and identifying them on a map will be looked into to help with discussions about the trail for maintenance and discussing techniques. This will take into account suggestions made by people in the past.

The trail has achieved what was set out by the founding members of the club, to provide a location within the town to practice and develop mountain bike skills and handling. As it is now 5 years old some sections require an overhaul, the main area of concern is the first woodwork section which is from the original build. It was put there because the ground was liable to flooding, which has been reduced with the Wichelstowe development. It is deemed to be a good introduction to boardwalk for riders new to mountain biking and the consensus was that it would be good to maintain something similar in the future. Replacing the wood with more suitably treated wood is the preference and this is what some of the funds allocated to trail building are for.