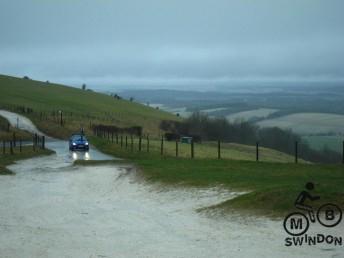 After 18 months of rain we finally had some respite in March 2013. Things were looking good – I rode the Croft Trail one Friday and there was no need to wash the bike afterwards. That was a good feeling. Very good. Steve from Hargroves Cycles recced the route and reported on Facebook that the ground was hard and looking great for the ride.

On Friday morning after an otherwise dry week the skies decided to open and drench the ground for a solid 24 hours. It was drizzling early on the Saturday morning when I set off from home. I guessed that at least two of us would be there for the ride. That’s the beauty of organising rides – you have no option to call it off on the day; you have to be there.

Arriving at the car park on top of Walbury Hill  uncharacteristically early I found Steve ready to go. Bike like banging noises coming from a large transit van suggested that there were at least three of us. Then Tom Scott turned in his gravel spewing rally prepared Focus. Inside the car he had Pawel.  Craig appeared from his van and we had five. 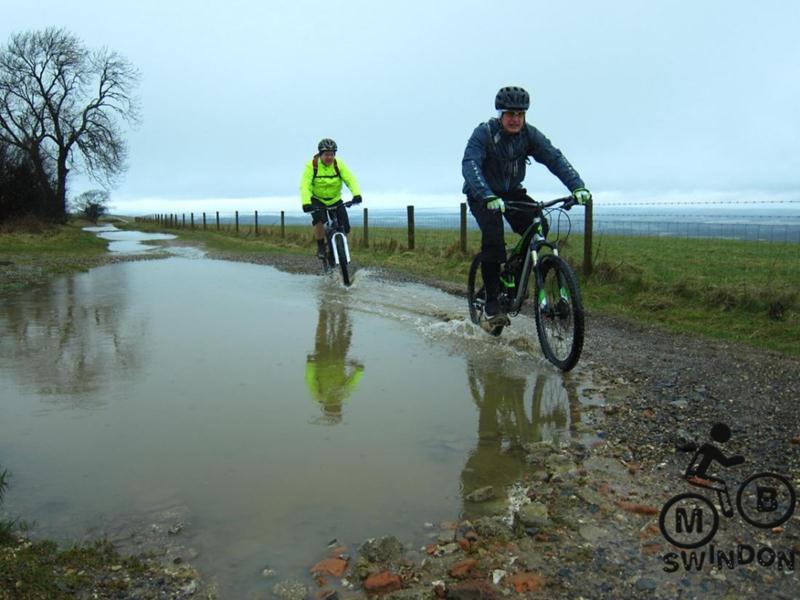 To be fair, it wasn’t all that cold as we set off.  After a stiff climb to the other car park and then some road we were onto the first descent. The rain had thoroughly permeated the ground and turned the chalky rock into a slippery paste. We had several comedy moments with the lairy angles possible as the wheels forgot which way they were going. Slippery and narrow ruts concentrated our minds.

At the bottom we all agreed that it would be a lot more fun in the dry.

We followed steep  lanes back past where we’d started the descent and onto another, similar descent. This was followed by a tricky climb up a narrow and muddy track. Good training. For something. On the plus side, the rain stopped and we felt the warmth of the sun. 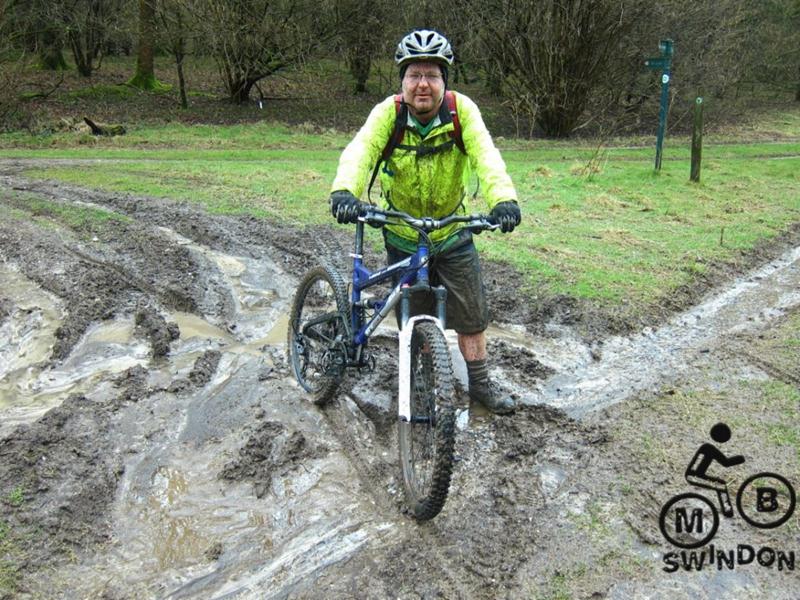 The route continued around the hill, giving some great views over Berkshire back towards Swindonshire. At one point there was bright sunlight to the West and dark clouds to the East.

A steep descent Inkpen hill dropped us into the valley. The bridleway at the bottom had a special mud that worked round the wheels and then embedded itself round the bike until the gears were completely encased. This doubled the effort to turn the wheels and also doubled the weight of the bike. Add in a steep gradient and no grip and you have a stationary bike. Like all hardened racers  Craig knows when walking is quicker. 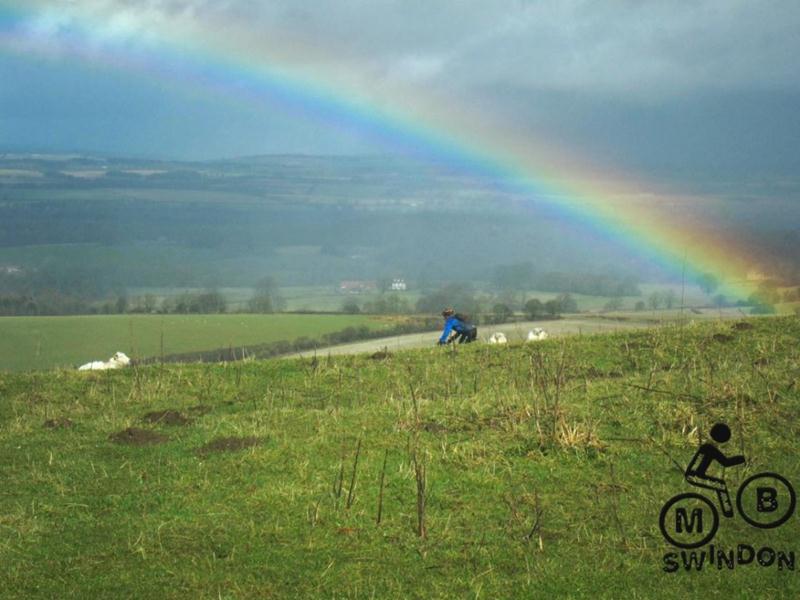 When we made it back to dry land Steve decided that the last ascent would be binned off and we treated ourselves to a road race up the final arrowed hill. 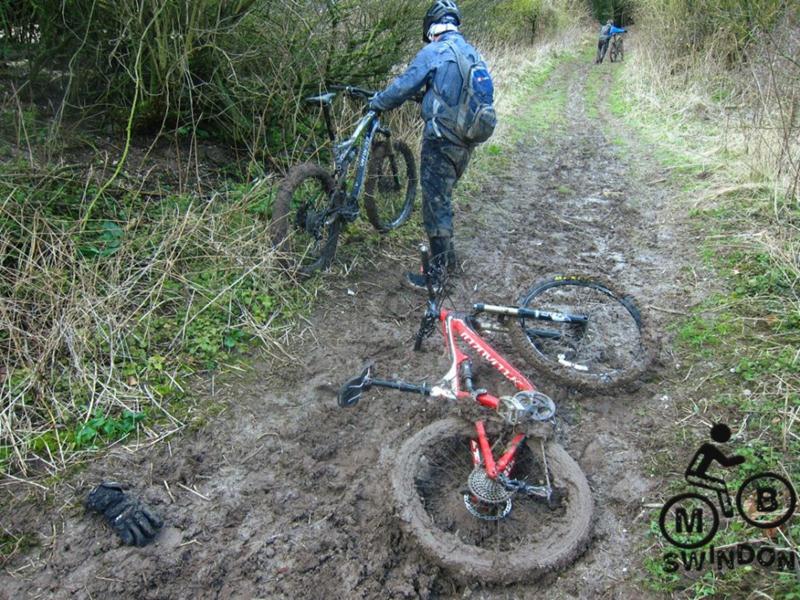 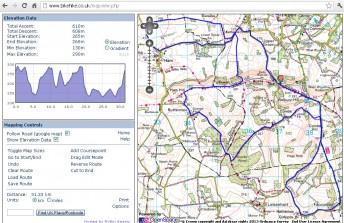 Thanks to Steve for inventing the route and leading the ride. We definitely have to go back when/if it’s dry. Thanks to everyone who turned up. This was a heavy ride – the stats really don’t do it justice.

Steve said  “entirely off road,  the descents are generally very fast, there is one technical one with loose off camber chalky corners. The climbs are quite stiff with one very steep one and one technical one.” I have to agree with him about that.