nd it came to pass at the end of forty days, that Noah opened the window of the ark which he had made:  And he sent forth a raven, which went forth to and fro, until the waters were dried up from off the earth.

And he stayed yet another seven days; and again he sent forth the dove out of the ark;  And the dove came in to him in the evening; and, lo, in her mouth was an olive leaf pluckt off: so Noah knew that the waters were abated from off the earth.

And he stayed yet another seven days; and sent forth the dove; which returned not again unto him any more.
Genesis 8: 6-12
And so it was on the 16th day of February in the year of our lord 2014, the rains ceased and the sun shone… 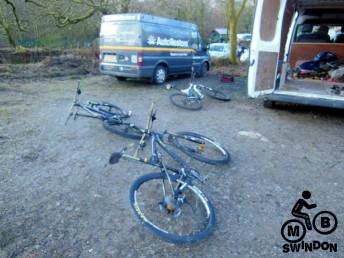 It’s always nice to arrive in a car park to be greeted by the smiling faces of so many MB Swindon riders, even when you’ve taken on the task of making sure they’re still smiling at the end of the day.
With 19 riders signed in plus another group containing some of the MB Swindon race team who wanted to ride a quicker pace, which is fair enough, we started off up the initial singletrack climb of the newly refurbished Penhydd. The climb ends sooner than you expect and sends you down a nice fast, flowy section putting you straight into a fire road climb.
I never got to ride the original Penhydd trail so have no frame of reference. This new version isn’t among my favourite trails but there are sections that will be a lot more fun when a bit drier and cleared of fallen trees. I’ll ride it again one day and make my mind up then. After Penhydd some elected to ride Blue Scar, a less technical trail but a lot of fun if the whooping and a hollering of Richard Ford is anything to go by. 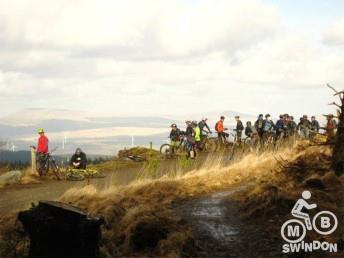 Our original plan for the afternoon was to ride Y Wal, stopping at Bryn Bettws for lunch and a play on the bike park before descending back to the car park. Since another new trail had just opened we elected to ride the cycle path alongside the river down to Glyncorrwg to ride Blade. Blade has the potential to become a welcome addition to Afan but the recent weather, plus the sheer number of riders, had taken it’s toll on the newly laid sections, turning large parts into a mudbath and completely trashing some sections after only two days of being open!
This made a tough trail considerably tougher. It seems to take a long time for the fun to start and when it did the mud stopped it being really fun. The climb to the top is a bit like child birth – takes a long time but when it’s over you forget how much it hurt and you’ll probably do it again sometime! 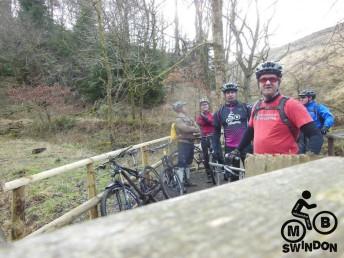 With tired legs and the group split into several smaller sub groups we made it back to the car park in dribs and drabs and went home happy. Although conditions were tough a day spent riding new trails can never be a bad day.
Afan has suffered over the years with large areas of diseased trees having to be felled and trails having to be closed. In my own personal opinion it had started falling down the ranks of places I like to ride. The addition of these new trails has gone some way to help recover and Afan is becoming what it once was, a great trail centre with lots of good riding options. 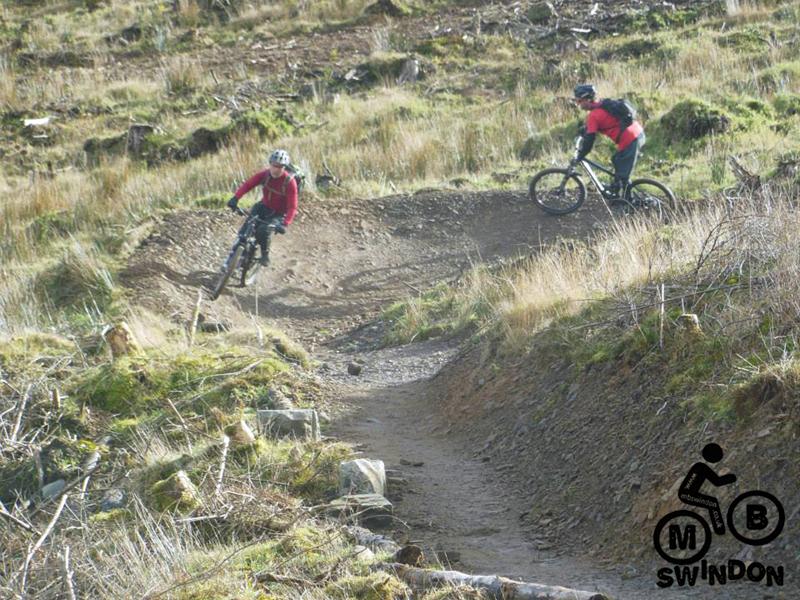