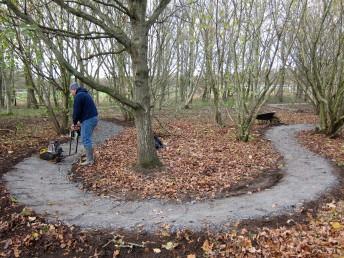 The plan for early 2012 is to finish the new triangle section (bottom right in the map below). This will add around 950m of new trail including two new bridges, some rock features, an optional elevated wood section and a load of swoopy trail.

In January we’re going to finish off the 200m of unsurfaced trail at the far point of the triangle. We have about 8 tonnes already tipped in a pile on the trail so we can easily shift that by hand. Meanwhile we’ll employ the Muck Truck to shift material from another pile we have in the triangle.

We’ll be meeting at 10am in the triangle area.

Back in 2010 there was a 1km loop of mud in the triangle. We’d inherited this when we took over running the trail. The loop was accessed from ladder lane. There were three sections of woodwork in it. The section was not liked due to its extremely twisty nature. Fatigue and boredom set in for most riders before they’d finished it.

The route was closed off in October 2010 (this news item claims it would be open for spring 2011). It will be open by spring 2012. Good things are worth waiting for and we’ve sorted out a lot of trail in that year. 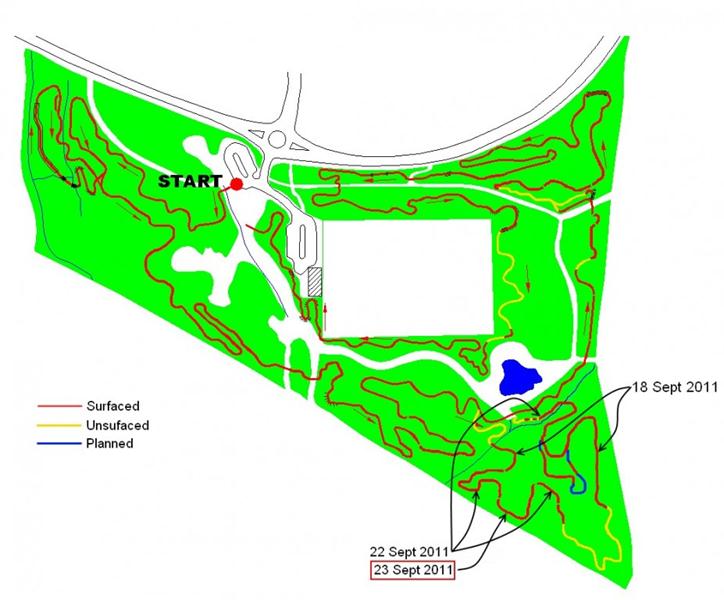