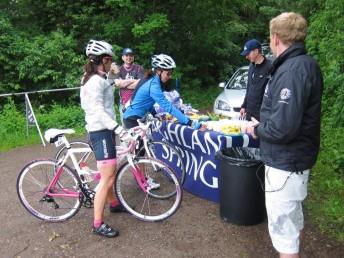 Find out more about ladies rides with MBSwindon here.

A team of volunteers from MBSwindon were helping at the Cycletta Wiltshire event, based at Lydiard Park on the outskirts of Swindon.

The day started at 5:30am for some us. There was a light rain falling as we assembled at 7am. The club display stand was put up in quick time. The tarmac surfacce in the event village suggested that it had been raining hard overnight though by 8am the sun was starting to shine through the clouds.

We split into three groups: 3 people for each of the feed stations with Kat and Sharon remaining at base for essential marketing and networking purposes. They were joined a bit later by Phil as is common practice with most ladies rides. 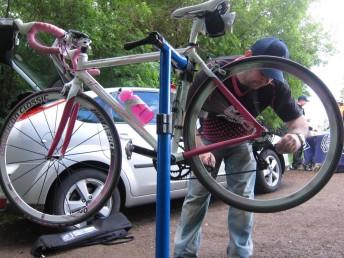 Out at the first stop we had enough work to keep us entertained. We fixed several bikes, generally gears or brakes that needed adjustment, a low saddle and under inflated tyres. The riders were very appreciative of the bike fixing and Christian’s food serving skills. We suggested that he’d make someone a good husband and we think an offer was made.

There was a bit of inter-food-stop rivarly going on. We heard that “the other” stop had a barn and Heart FM. We had to put up with Jason’s singing, but we did win in “not falling over bikes whilst taking photos” category.

Several hours later the last rider passed us so we dismantled the kit and returned to base. Sharon and Kat had done great work handing out goody bags and promoting the club.

Meanwhile Tony and the Coate Water contingent were running the second display stand.

Write up on Ladies-Cycling.co.uk. Photo gallery at Swindon Web. 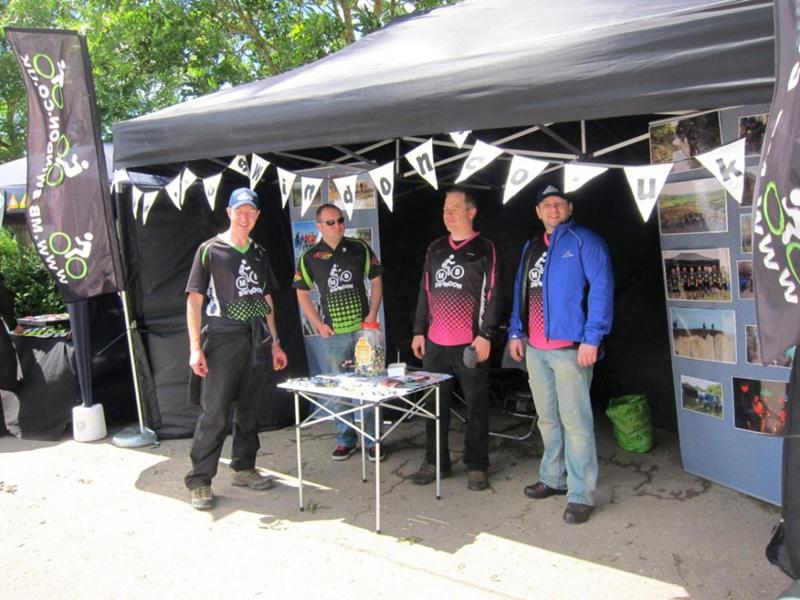