The weather forecast had been correct: heavy rain was falling from a dark sky when we arrived at 9am on Saturday morning. Tony La Porte was there ready with his rotorvator plus Kristian, Phil and myself (Tom). 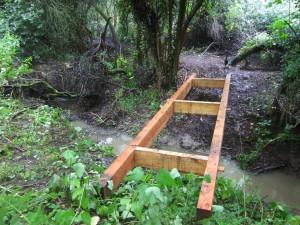 The target for the day was to dig out more trail in the triangle area. Tony quickly got busy with the rotorvator whilst the rest of us cleared branches for our slightly modified route. This was a straighter version of what we’d already marked out. Jez had come up with the idea of bypassing the woodwork section completely so a short cut for that was marked out.

An alternative location for the bridge out from the area had been found so we investigated this. It looked better than our original bridge location and it also gave us a bit more trail. After cutting back a lot of dead branches it was clear that we were going to have another great bit of trail.

Jez joined us and set to work on his woodwork section. The plan is to use the reclaimed sections from the old triangle layout plus adding several new bits to make it more interesting. 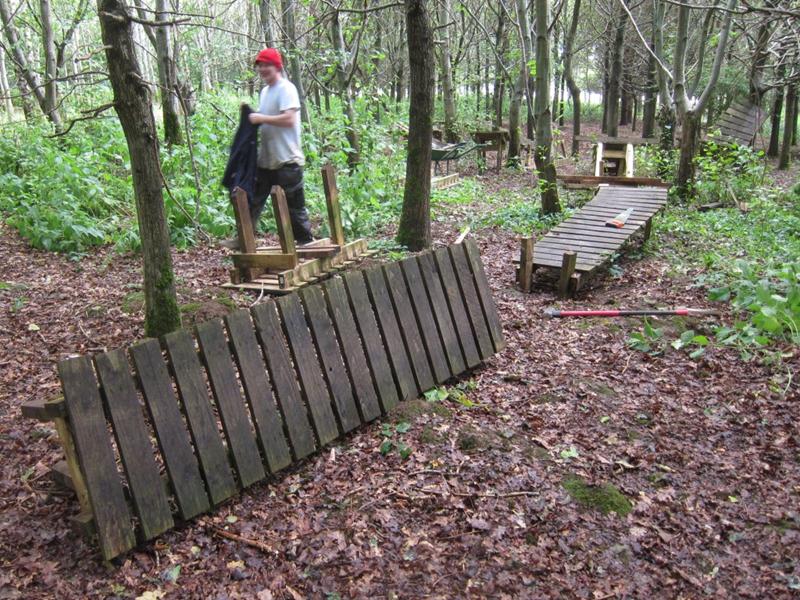 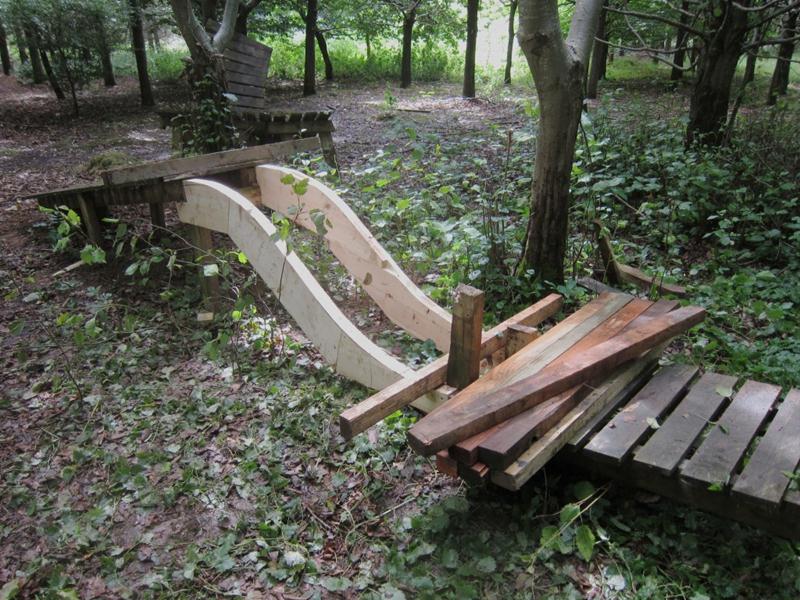 By the end of the day we had the new bridge in place plus the trail either side of it dug out (about 150m in total) plus Jez had joined a few sections of his woodwork together. 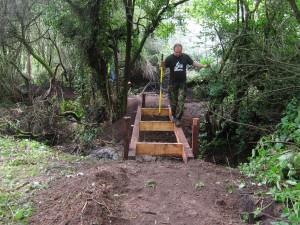 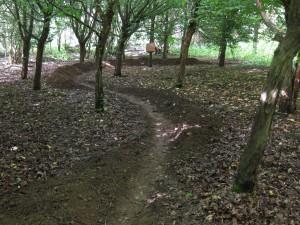 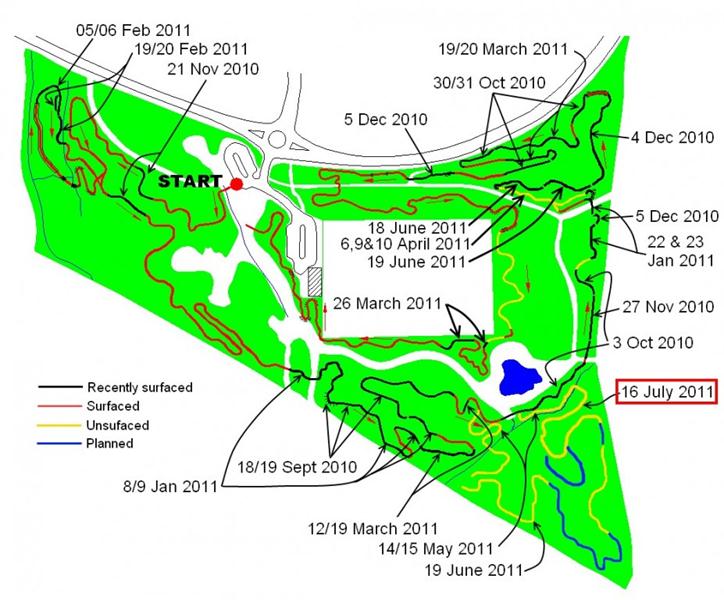