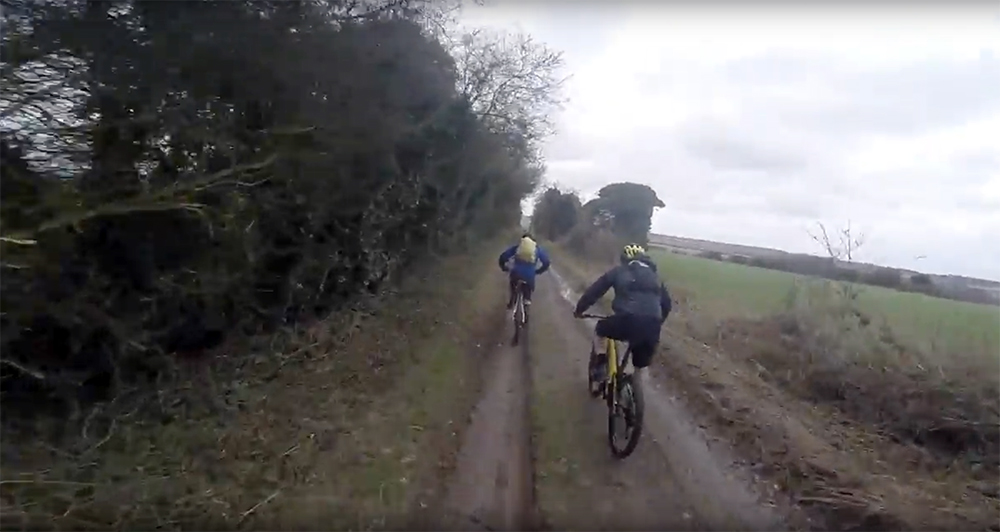 The Alternative route to Aldbourne Café was basically the same ride that we had done a few weeks before, but in reverse and with a few detours to avoid the really muddy parts, plus a little surprise just before we stopped in Aldbourne for coffee. The route was planned at approx 26 mile with a fair bit of climbing and was therefore not classed as a novice ride.

This week’s group looked like a lively bunch and all looked like they were ready for a nice few hours of riding. Ten of us headed out of Coate Water towards the curly bridge, up through Chisledon and on to the railway line for a couple of miles. Unfortunately, Kate and David decided not to carry on due to not feeling too great. En route to the first climb of the day, the rest of us came across a collie running around looking lost, so Adrian did his good deed for the day and carried it to a nearby house (he was not riding at this point!) and, as he got no answer from the occupants, lifted the dog over the fence and placed it in the garden. It was quite a sight watching  what looked like a strange bloke dressed in full mountain bike gear carrying a medium size dog down the path and placing it over the fence. The funny thing was that he didn’t actually know if the dog lived there, but at least it was safe.

We continued with our ride, leaving the railway line behind before making the climb up what is known as ‘speed ramps’, which is probably the easiest climb up to the Ridgeway. We crossed the ridgeway at the top and made the stony descent down the  slightly rutted track to Whiteshard Bottom. We had to wait to regroup at ‘the Bottom’, as Adrian’s chain had come off (…again). 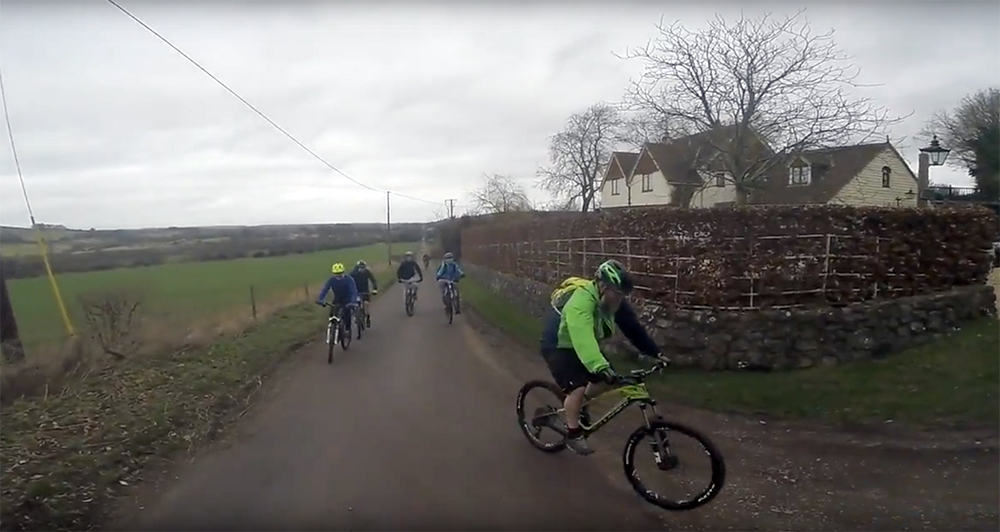 The climb up Red lane is longer than you think, with a couple of false summits, but at least it was dry! It was nice to finally join the road and have a bit of tarmac under the wheels, especially as the wind was behind us. We joined Hilltop lane, which is a steady descent down to Ramsbury, but before anyone got too comfortable, we turned off for the bridleway down to Aldbourne.

When I say ‘down’, I mean that there was one long up before the descent! The descent is a bridleway which is used by 4x4s. Although not too rutted, it was muddy; you could choose the left or the right, and as Graham flew off down the left side, he soon started to slow as the loose mud got the better of him. As we left the bridleway and the final bit of the descent joined the road into Aldbourne, Graham caught up and flew past me so quick he didn’t hear me say ‘Right turn!’ and off he went right to the bottom of the hill.

Once we had regrouped, we took a slight detour to the Aldbourne BMX track, which was my little surprise for the ride. We played on the track whilst Nathan fixed his puncture, and I got some good video footage of us messing about on the jumps. We then made our way to the café for some well-earned coffee and homemade cake. 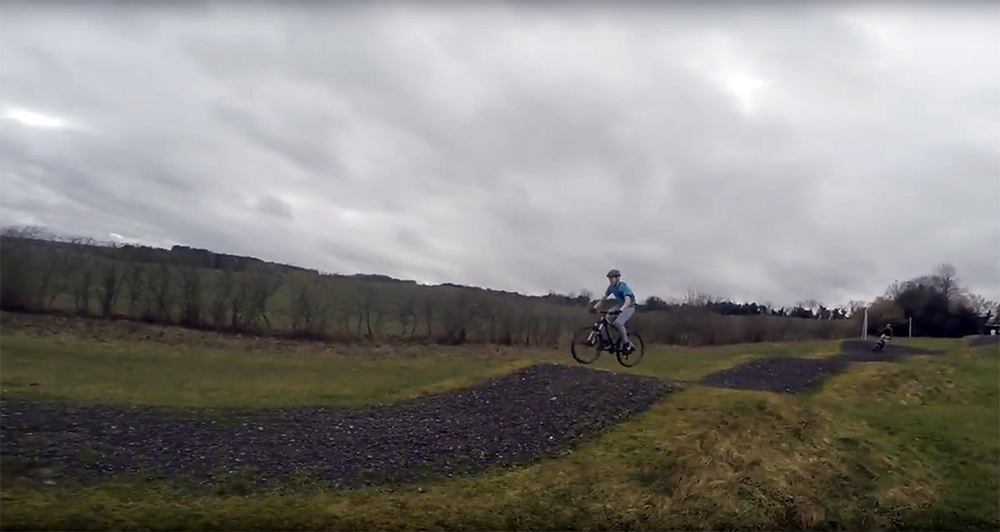 The return journey to Coate Water was mainly on tarmac, but first we had to make the climb out of Aldbourne, going up a bridleway which goes on for well over a mile. Though it’s not steep or technical, I was glad to get to the top, and one of the comments from the group was ‘That’s one of the worst climbs I’ve done in a while.’

On the way down the Baydon road towards Foxhill, the strong wind was against us, and what should have been a great descent was probably one of the worst road descents I’ve done in a while. The rest of the ride was all on tarmac and the wind didn’t really go away, though it did ease a bit for what was mostly downhill back to Coate Water.

The route was about 26 miles with about 1550ft of climbing and we all made it back in one piece to ride another day. Thanks to Graham, Nathan, Gary, Nathan, Gary, Sean, Adrian, Kate and David.