If you ride off road then it’s inevitable that you will part company with the bike at some stage. See the first aid story for a summary of accidents I’ve seen and how to prepare for and deal with an incident. A few bits of safety gear can reduce the probability of an injury. In this article I’m going to take a quick look at:

All of this equipment is available from most bike shops or online retailers such as Chain Reaction Cycles.

Chances of an accident

An interesting analysis of injuries from an Australian mountain bike race series is shown in the chart on the right (source paper).

A study of recreational cycling from Australia “rates of injury from mountain biking” showed that out of 1,078 ride events over 6 months there were 12 moderate accidents (required  a day off riding) and 2 severes (broken wrists from over the bars).  That’s just over a 1% chance of something happening and 0.2% of a severe injury.

“Mountain bike injuries – a review” Michael R. Carmont came up with an injury rate of 5 per 1000 events for cross country cycling. He also discusses general cycling related injuries, including “prolonged cycle riding of any form, has been shown to be associated with nerve compression at the wrist by Patterson, with 92% riders reporting sensory or motor or both symptoms”. He also notes “The scrotal contents can be subjected to repeated microtraumatisation during mountain biking” and “female road cyclists have been reported to develop unilateral vulval hypertrophy.” 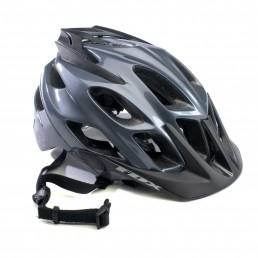 Helmet wear is good practice for mountain biking. It will help reduce the risk of head and face injury. This might seem obvious.

Helmets stir up an immense amount of moral indignation from those who think everyone should wear one. Bristol Trails group described them as “helmentalists”. There is no compulsion to do so in the  UK though many event organisers have jumped on the “no helmet – no ride” bandwagon.

Helmet wear ticks all of the moral high ground rules: 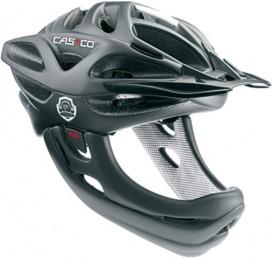 A worrying extension of the above is victim blaming. I’ve seen Facebook posts with  “the ambulance should not be available to those who don’t wear a helmet” and also “if you can’t respect yourself then why should you expect drivers to respect you?” and that was from cyclists.

A helmet will not make you or your head totaly “safe”. The original British standard (BS6863, 1987)  stated that helmets were “intended to give protection in the kind of accident in which the rider falls onto the road without other vehicles being involved”. This means that should you fall slowly onto a rock or tree root then  a helmet will probably help you. If you hit something at 25mph it will make a small difference. Even the helmet advocates acknowledge this. The UK Transport Research Lab summary on helmet effectiveness states that helmets are effective for “particularly the most common accidents that do not involve a collision with another vehicle and are often believed to consist of simple falls or tumbles over the handlebars”. 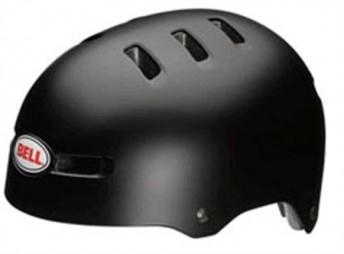 It is actually quite hard to find definitive research on the effectiveness of cycle helmets. One of the most useful is from Elvik in 2010.  He added new data, reviewed and updated an analysis from 2001 (more info). The research looked at head, face and neck injuries and derived an odds ratio which represents the change in probability of injury due to wearing a helmet. The results were broadly: head: 0.6, face:0.8, neck:1.3.  So there is a 40% reduction in the risk of head injury, 20% in facial and a 30% increase in risk of neck injuries. Overall there was between a small net benefit and no benefit, but that was based on combining all of the injury types. If you are most worried about head injury then there’s a benefit to wearing a helmet. It’s not clear which studies refer to hard or soft helmets though. Correct adjustment of the straps is vital for a helmet to work properly too.

From the Glentress study above, assuming there’s a 0.15% chance of an incident and 13% chance of a head injury then the combined probability is around 1 in 5,000. A club like MBSwindon has around 20 riders per week at its events, giving at least 1000 rider events per year. So we’d expect to see a head impact every few years which is roughly what we have observed. They noted that ” all head-injured individuals had been wearing a helmet at the time of injury. Modern helmets are designed to absorb kinetic energy and shatter on impact; this occurred in 71% of cases”.

General cycling organisations like the CTC want to encourage cycling as something that everyone can do rather than a small band of extremists.   Overall there is a net health benefit to the population if more people cycle regardless of helmet wear. See their case.  There are those who have much stronger anti-helmet views. Sometimes they are motivated for libertarian reasons, often because of the bad science and lack of thought that goes into helmet law campaigners. See a useful summary of articles  plus an enjoyable rant about helmets.

Also of interest in the British Mountaineering Council campaign on helmets.

Road and leisure arguments don’t  necessarily transfer directly to mountain biking where rocks and trees and tricky sections are encountered more often. On balance it’s probably worth wearing a helmet. They don’t cost a huge amount and they do offer some protection.

Full face helmets offer some protection against face injuries which can stop teeth from being knocked out in a face plant. 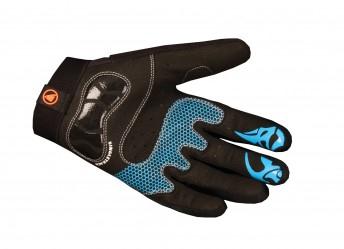 Gloves will protect your hands from abrasion and also provide some padding for the wrists. Gloves are pretty much standard issue for mountain bikers. 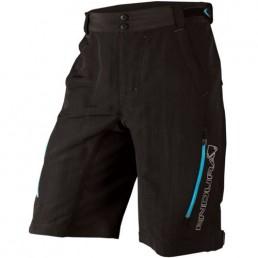 Baggy shorts do tend to have thicker material than casual clothing  and they tend to reach quite close to the knees so there is some additional protection of the legs. Some shorts have extra padding in them which might help. Lightweight shorts are great for the summer but I doubt they offer any protection over normal clothing.

Years ago I cycled in trainers and had a lucky escape with some Soccer World cheapos which bent right round when my foot came off the pedals and went into a rabbit hole. Proper MTB shoes tend have thick and grippy soles and thick walls. Popular shoes include the FiveTens and Shimano  AM41 shoes.

It’s quite common to encounter low branches on a ride. The blink reflex will protect you in many cases but a pair of safety glasses provide some additional protection. The rose tinted lenses have the benefit of making the world a happier place too. They can be useless in muddy conditions though. The Australian race summary lists 6% of injuries as being eye related. 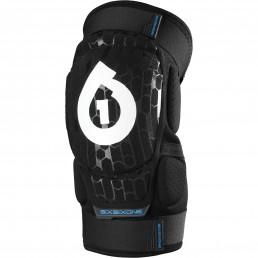 The knee and leg pads have become increasingly popular over the last few years. They provide some protection against cuts and impacts to this sensitive area. The Glentress study above says 37% of injuries were soft tissue and 25% of these were to the lower limb. So somewhere less than 9% (0.37 x 0.25) of injuries are lower limb soft tissue injuries. I like wearing them because they keep my knees warm. 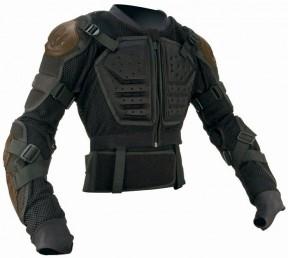 Full upper body suit protection can be bought quite cheaply. These are quite bulky but are worth considering if you’re working outside your comfort zone. They will reduce cuts and abrasions and the results of minor impacts. I was knocked off my bike onto rocks at the Megavalance one year and the back protection from a body suit meant I got up with no injuries. I would have expected some bruises without it.