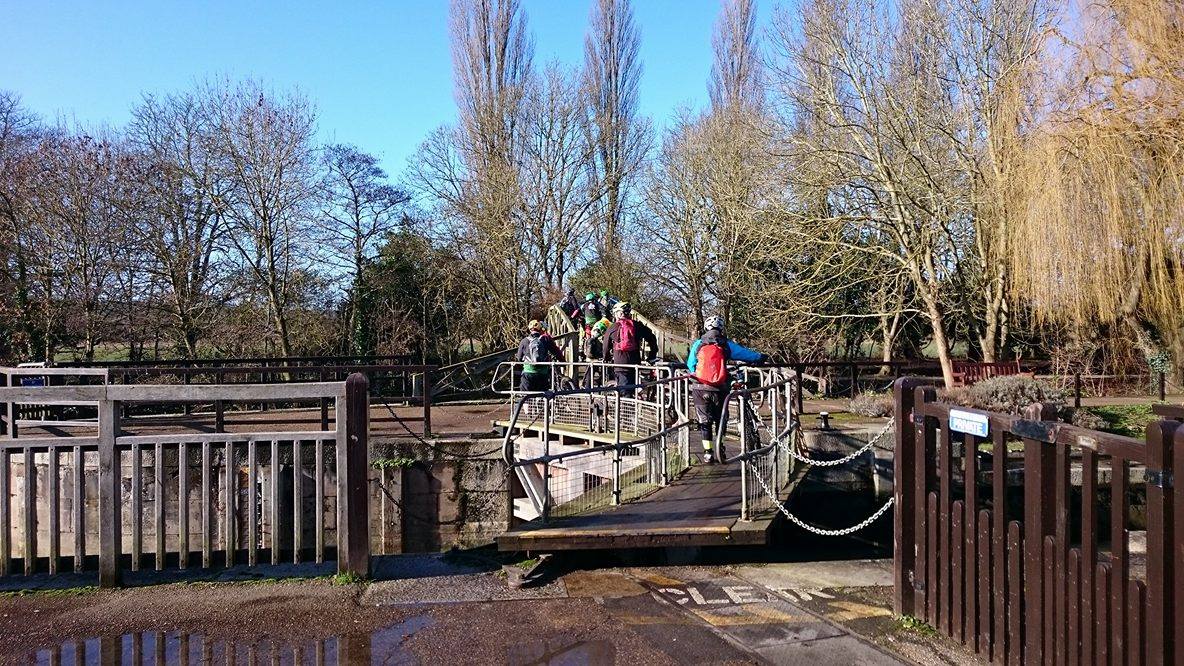 Rafe has the honour of being allowed to lead the ladies round his “Something Different” loop. Something you perhaps wouldn’t bother with during the summer months when dusty singletrack beckons, but is still fun in it’s own way and goes like this…

Starting at my offices in Steventon, the route takes a mix of road, gravel tracks and and tow-paths into the centre of Oxford. Highlights include:

We’ve done this route a couple of times and everyone has always enjoyed the fact it’s something different.

It will of course be run as a nice relaxed ride (walk) and you can bring a hardtail, full-susser, ‘cross/adventure bike, fattie or even a hybrid. Note whilst it is marked as “novice friendly” that’s down to the flat and benign terrain, it is still 30 miles!

There’s likely to be lots and lots of dirty puddles but unlikely there will be any real mud. Coffee/cake stop in Oxford.

If you want to know a bit more about the route, take a look at the video from the time we went out in January 2016. Thanks to Michael Duller for this.

Shops/Pubs/Cafes: We'll find something in Oxford

Meeting Point: Codegate Offices, OX13 6SZ. When you see the offices, please go round the other side to park. [map]